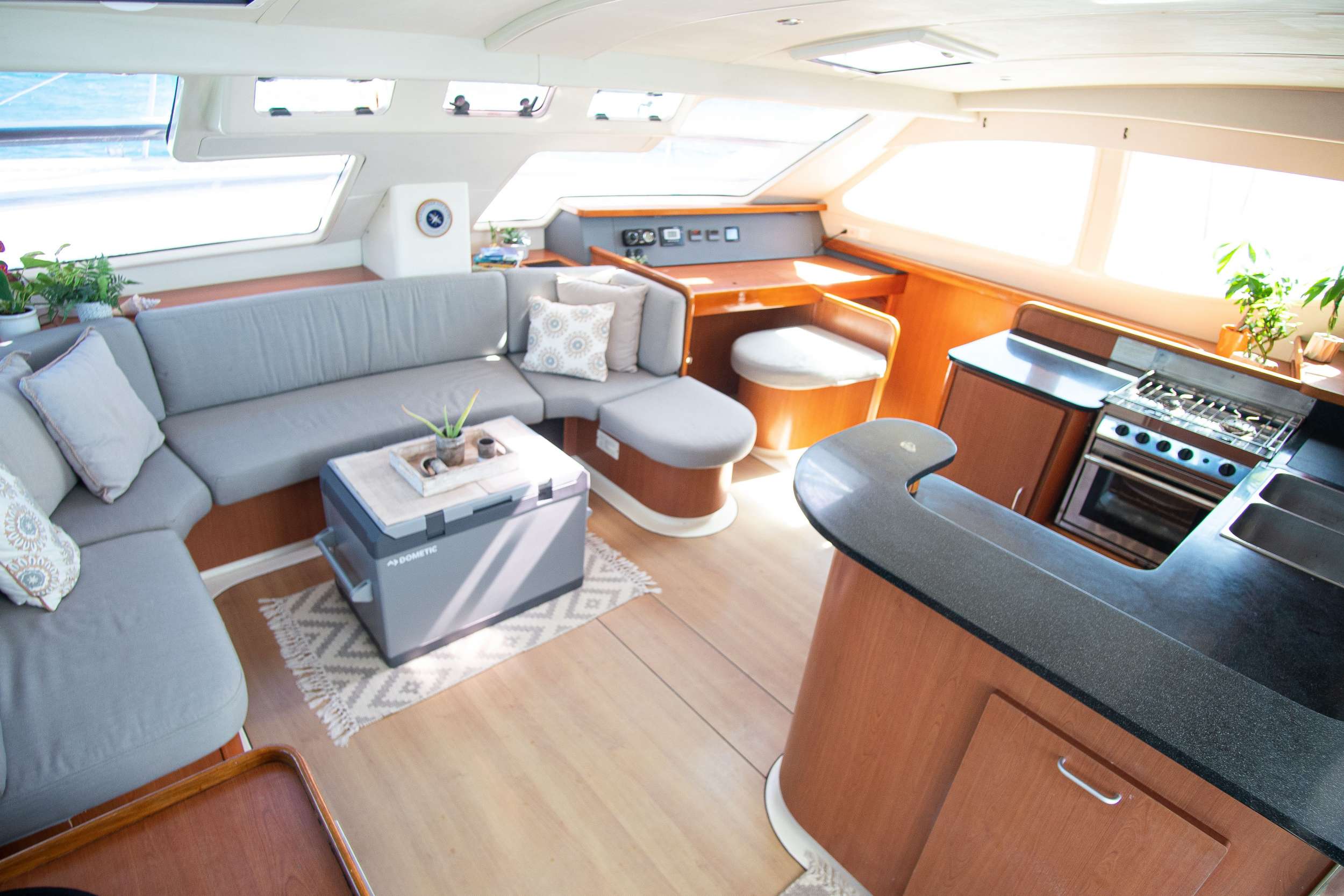 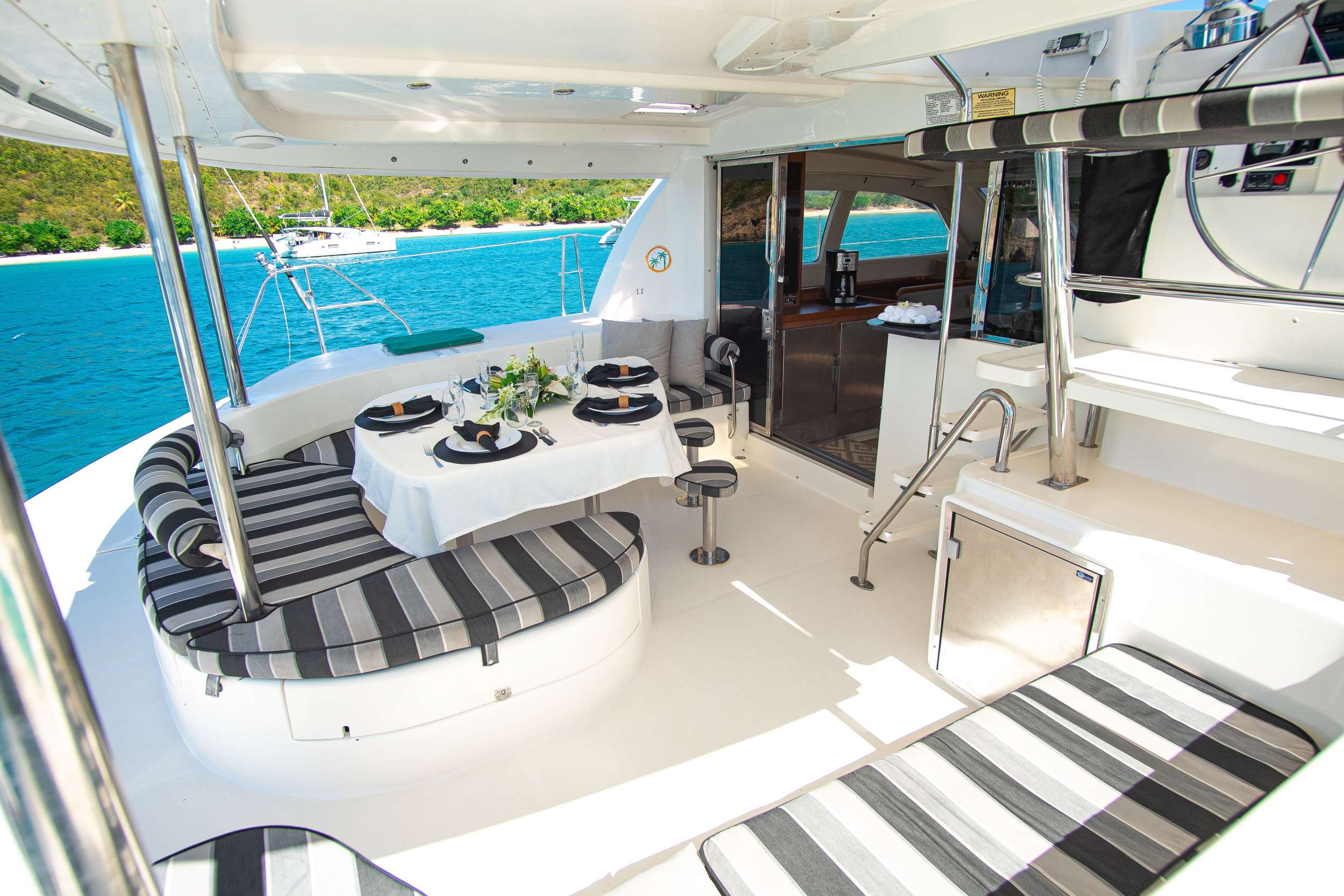 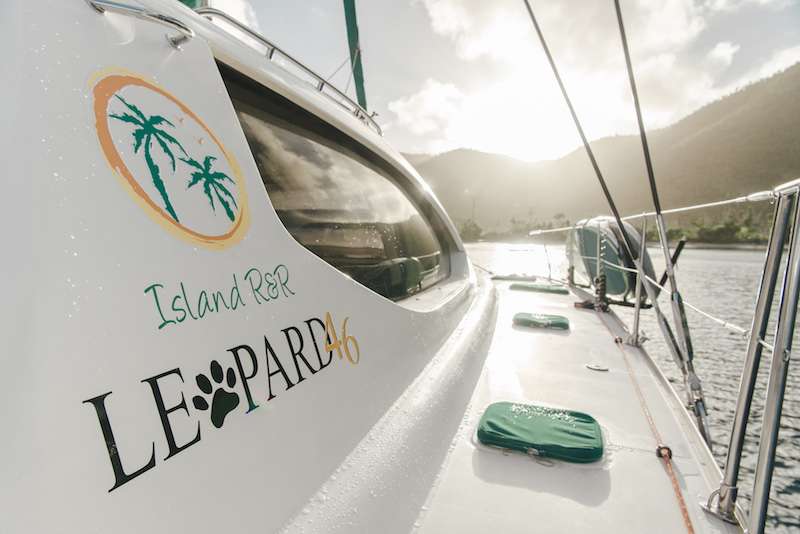 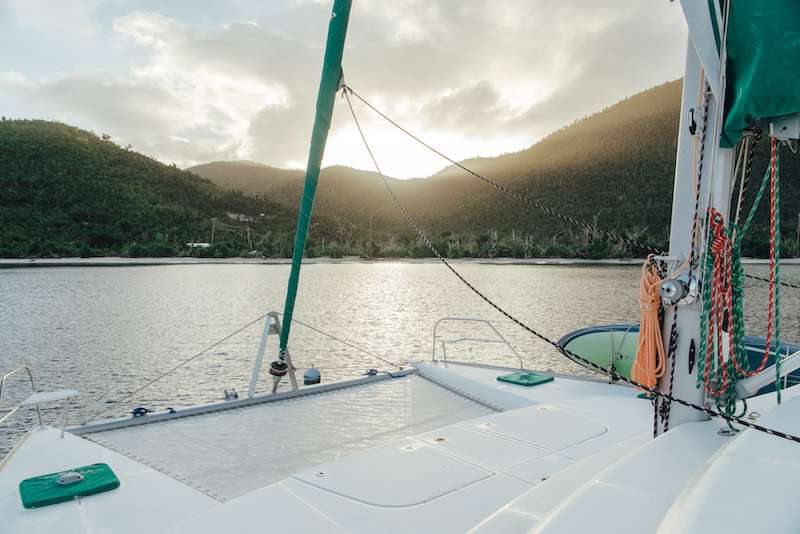 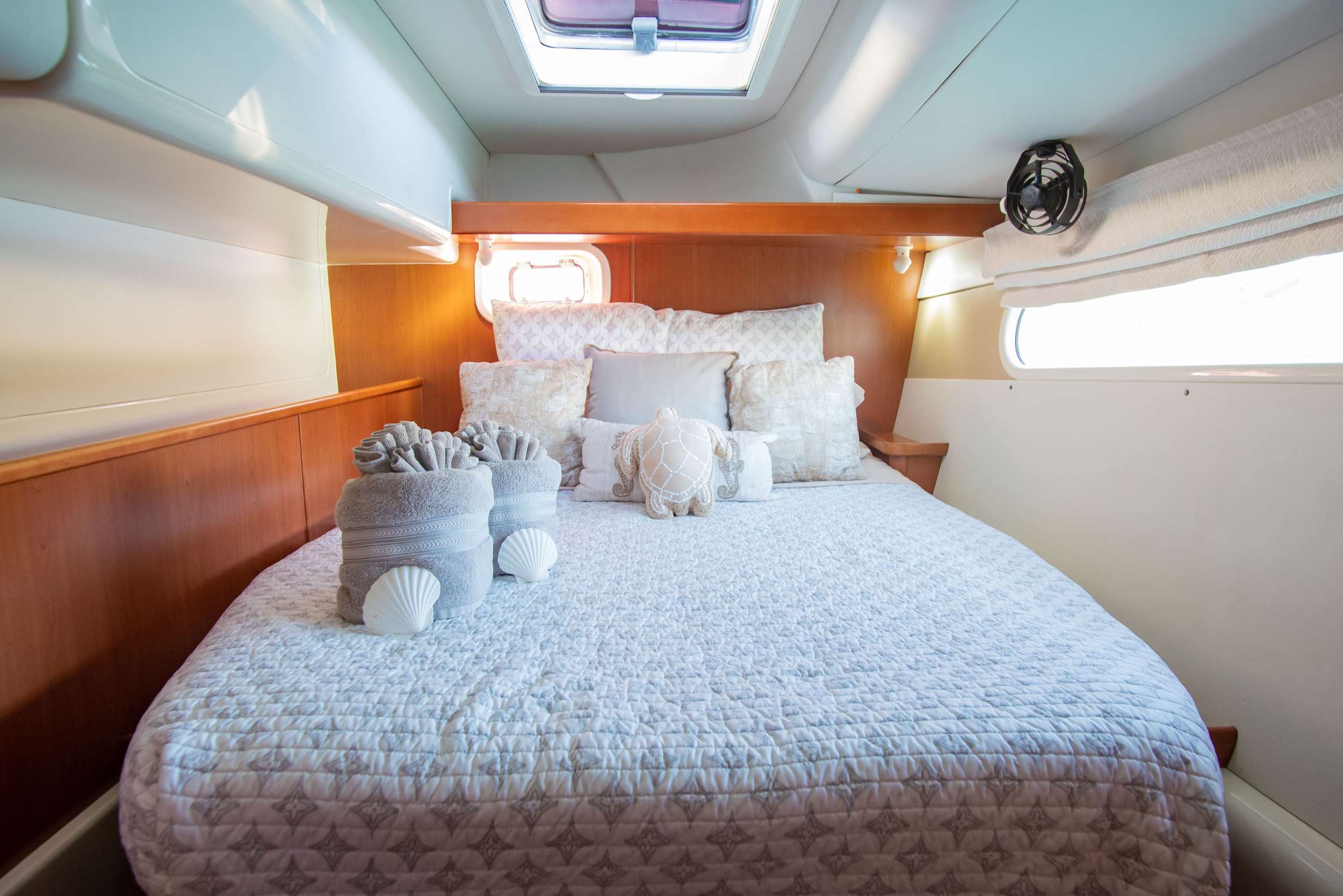 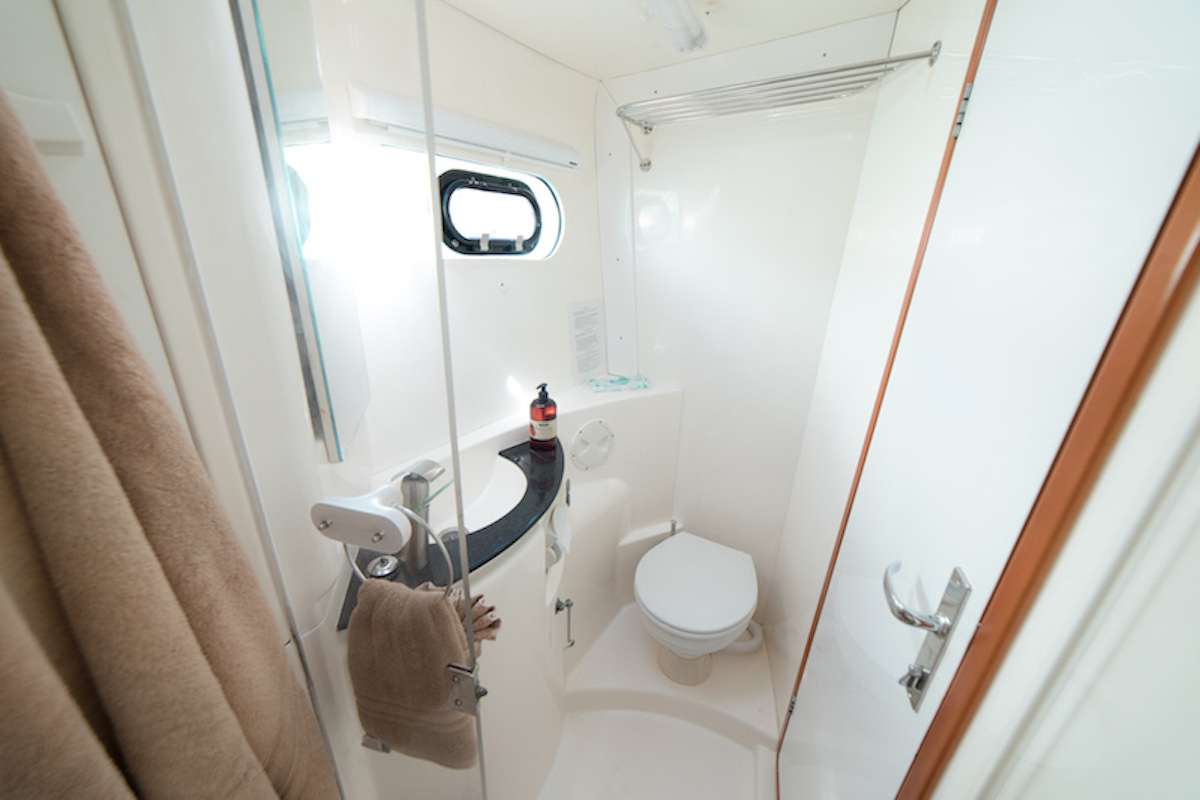 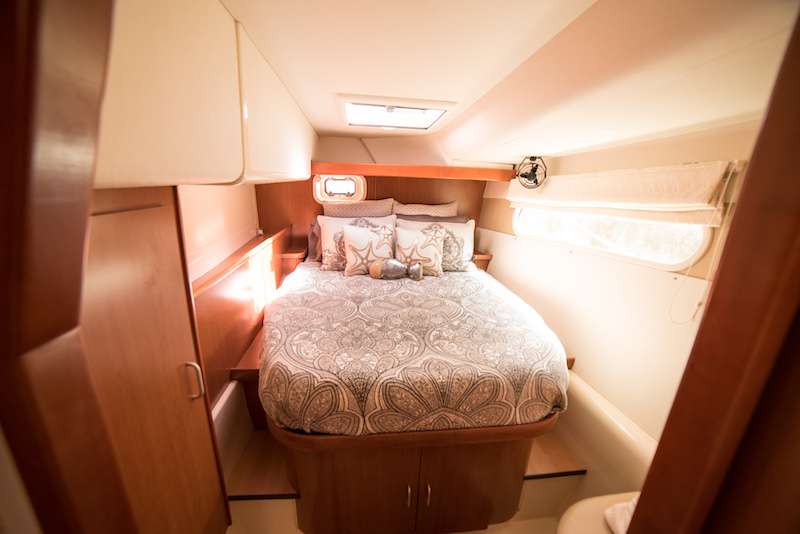 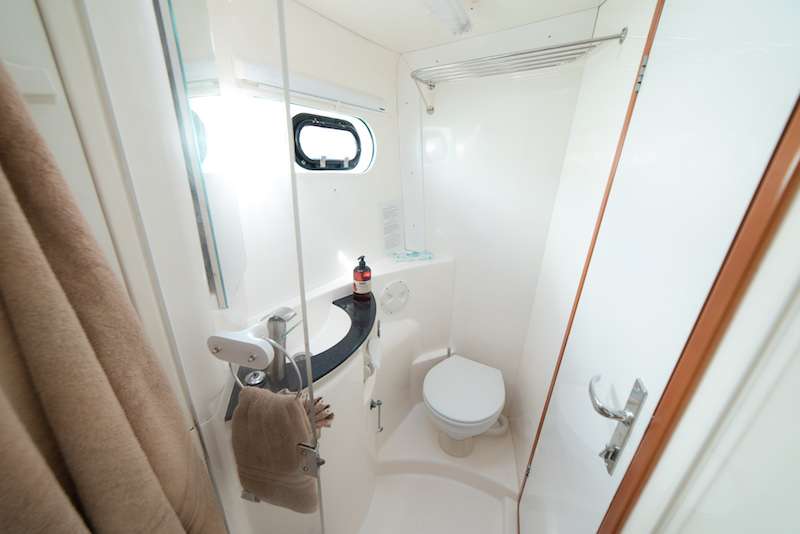 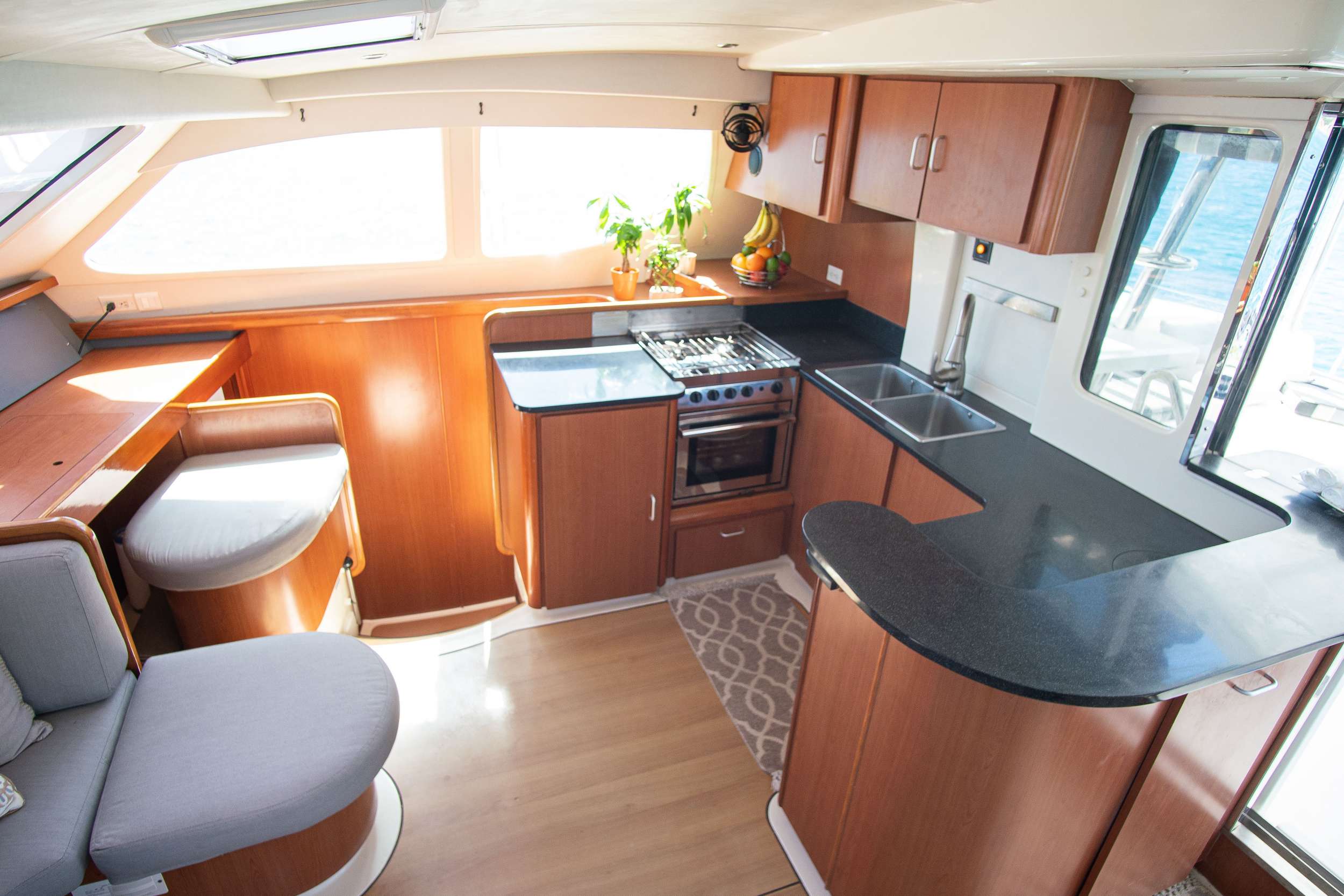 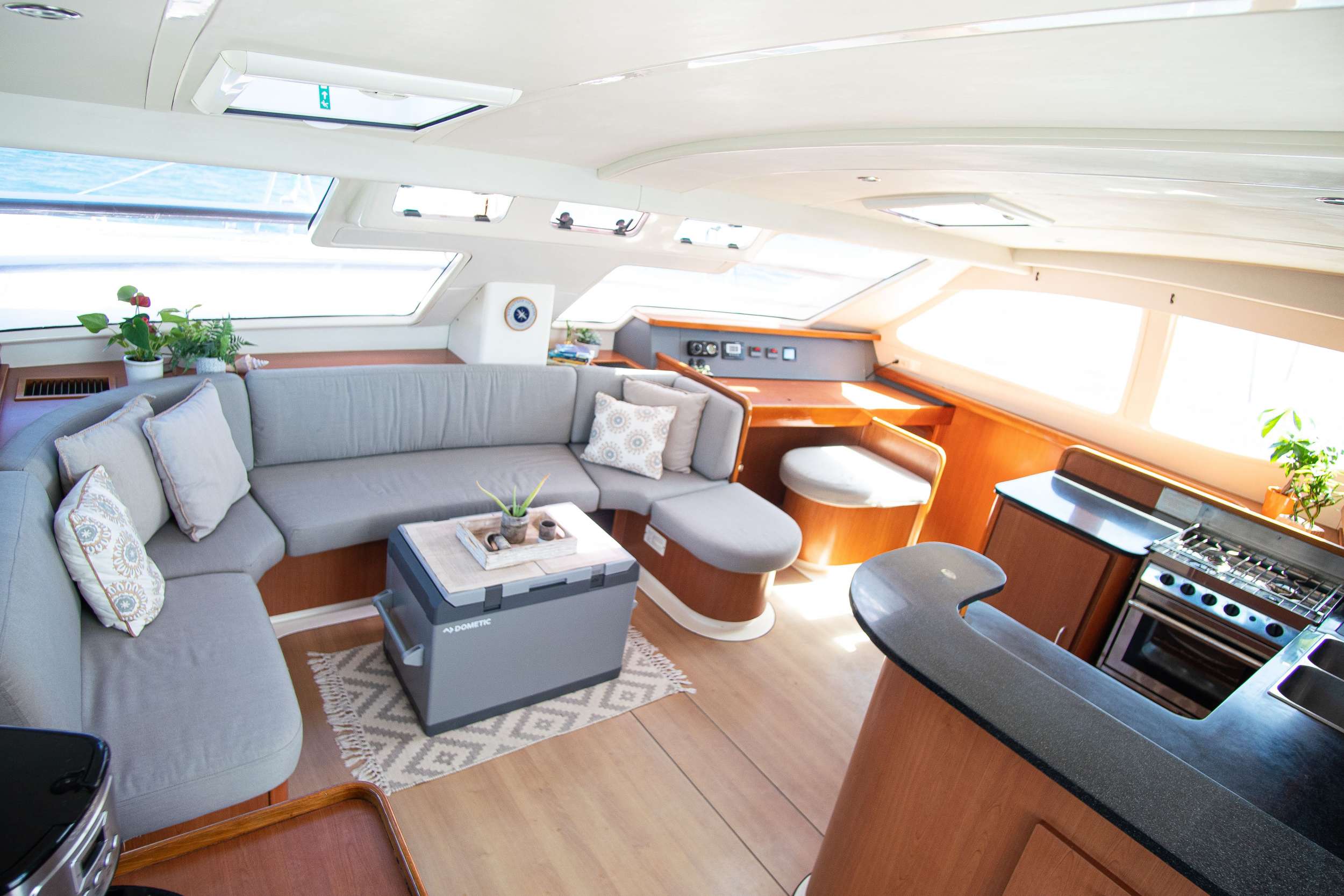 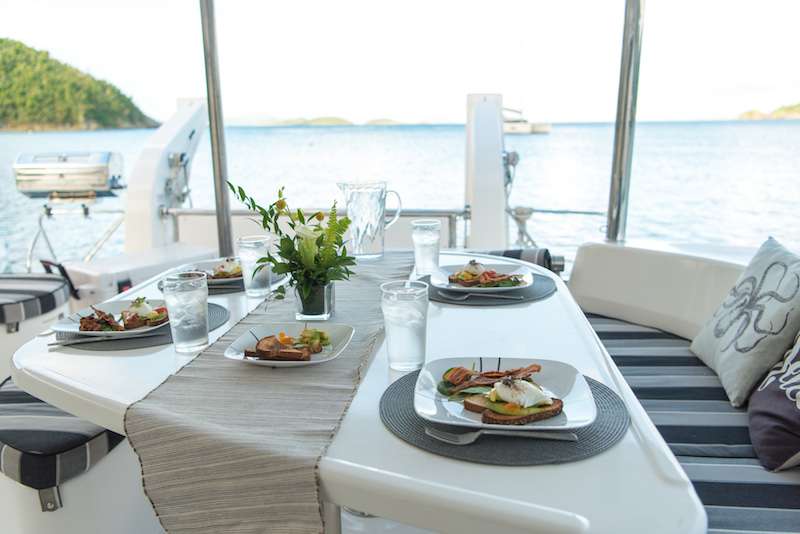 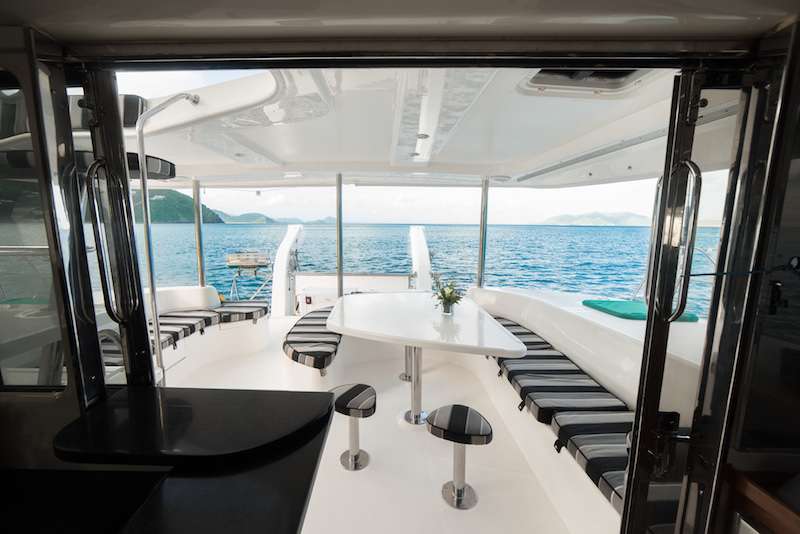 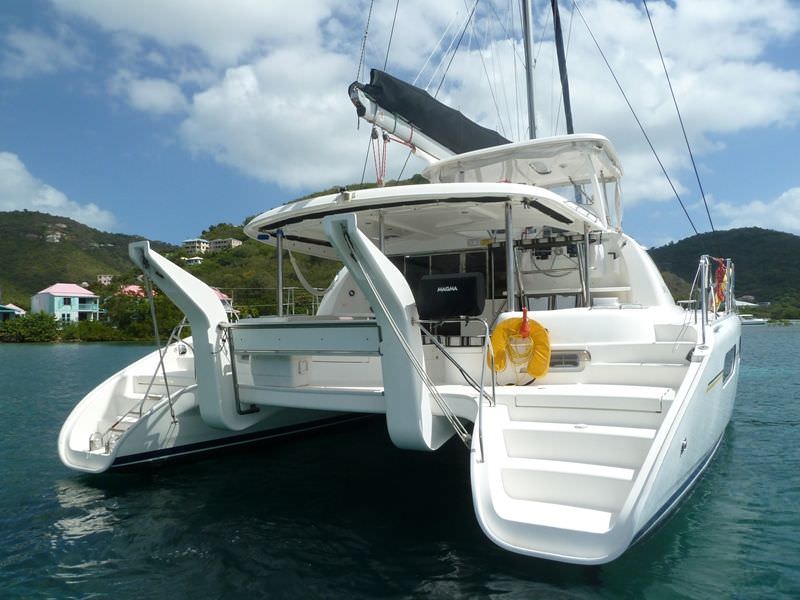 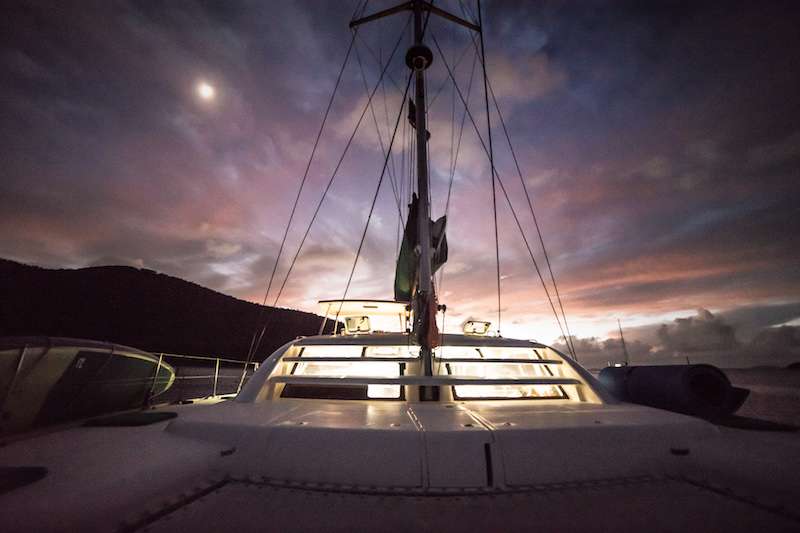 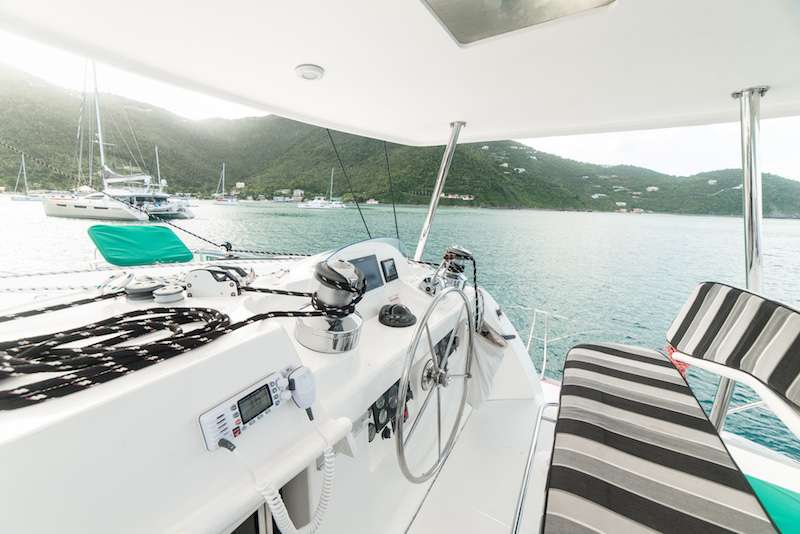 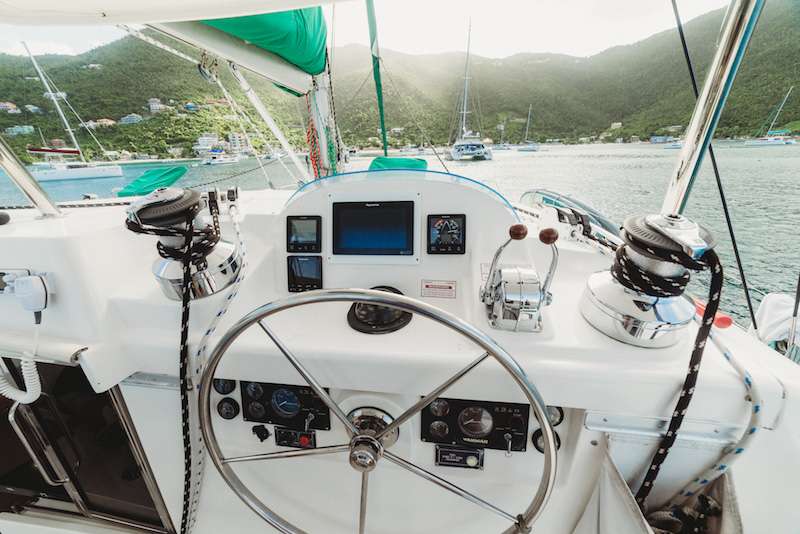 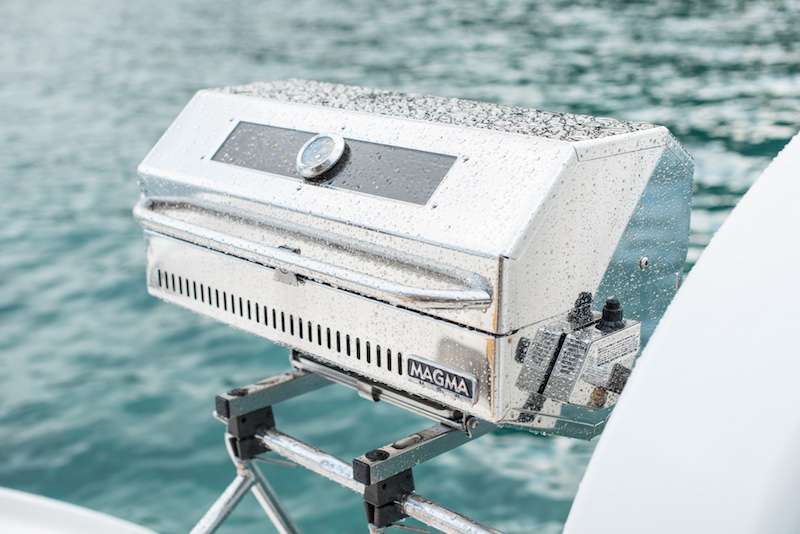 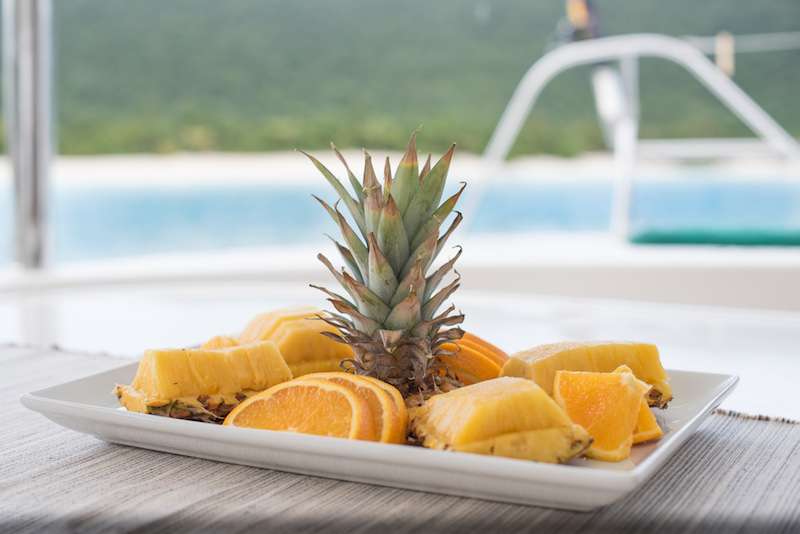 Captain Bertie, originally from Cape Town South Africa, graduated from university of UJ as a Engineering Metallurgist and later also obtained a diploma Production Management. He worked for De Beers in the Synthetic Diamond Division for some thirty years.

He has sailed, snorkeled and deep sea fished from the Mozambican coast, to Sodwana Bay and St Lucia, Natal Coast, and the Eastern and Western Cape of South Africa.

For the past six years he and his wife/First Mate Teresa have pursued their dream of owning their own Yacht and becoming full time sailors. Their circumnavigation started in December 2014 when they took part in a Governor’s Cup Yacht Race from Cape Town to St Helena. They cruised Brazil’s coastline for six months, French Guiana’s river waterways and coastline for a further five months and thereafter sailed on to Grenada and Caribbean. They fell in love with USVI/BVI and decided to stay, they are now in their fourth charter season within the BVI and USVI.

First Mate Teresa Chapman, a Customer Service professional from Cape Town, South Africa has shared Bertie’s dream and can not wait to welcome you onboard. Teresa has the warmest heart and in no time you will feel at home and know that you will be taken great care of on your adventure. She loves to entertain and to prepare meals to each and every person’s satisfaction. Her motto is to make you feel special, relaxed and to share the beauty that the BVI and USVI Islands have to offer.

Outback is family friendly and LOVES to have babies aboard!

**Captain Bertie and chef Teresa are both fully vaccinated**

One of the best trips we have taken. The experience was great with all the places we saw. Our experience with Shayna and Thomson is unforgettable. I learned so much from them and they were so much fun to talk to!

Fantastic week at sea! Only wish we didnt let the big one win the reel battle! Maho Bay was my favorite stop - Turtles!

Fantastic week on the R&R with Shayna and Thomson! Loved our time in Maho and especially at Lime Out. Enjoyed the meals Shayna prepared for us - from breakfast taco's to Thomson sharing his family's seafood paella with us! What a great crew to celebrate Christmas with!

This vacation was already incredible, but Shayna and Thomson made it all the more memorable. Every meal was absolutely delicious and eating each meal as a crew and sharing stories and conversations was one of my favorit parts of this trip. Not to mention the 7 rainbows that we saw this week!
Spending Christmas with Shayna and Thomson on the Island R&R has 100% been one of my all-time favorite vacations and I couldn't think of any better way to spend the last bit of 2020. Shayna's kindness and expert hospitality and Thomson's knowledge of ocean life and contagious enthusiasm made it hard not to enjoy ourselves to the absolute fullest. Thank you so much for letting us enjoy the USVI with you on the Island R&R! I've already started saving up to come back!

What an amazing way to bring in 2021! We had an incredible week celebrating #Oh Glenn and the end of 2020. Watersports were a hit and we can't thank Thomson enough for his endless energy tugging us around on all of the gear! Shayna and Thomson were perfect hosts and we are so grateful to have shared this memorable week with them. Thanks for accommodating our endless appetites - for food and fun!
Thank you both for an epic week on the water!

Awesome trip! Thanks for being so nice and giving attention to Nicole and Matt. I am sure they will never forget this vacation. We wish you all the best.