There are plenty of ways to relax on the deck of Esperanza II. In the protected aft cockpit, in the front cockpit seating area, on the foredeck or in the spacious lounge area on the flybridge.

It has a large and open cockpit with perfect all-round visibility. The flybridge can be easily accessed from two sides – beautiful area to watch the gorgeous sunsets.

The salon is on 2 levels with an expansive seating area that provides beautiful panoramic views. The interior is comfortably designed with 4 spacious queen guest cabins each with an ensuite bathroom and walk around beds. The aft cabins are flooded with light, ensured by the large portholes and the beautiful panoramic windows. 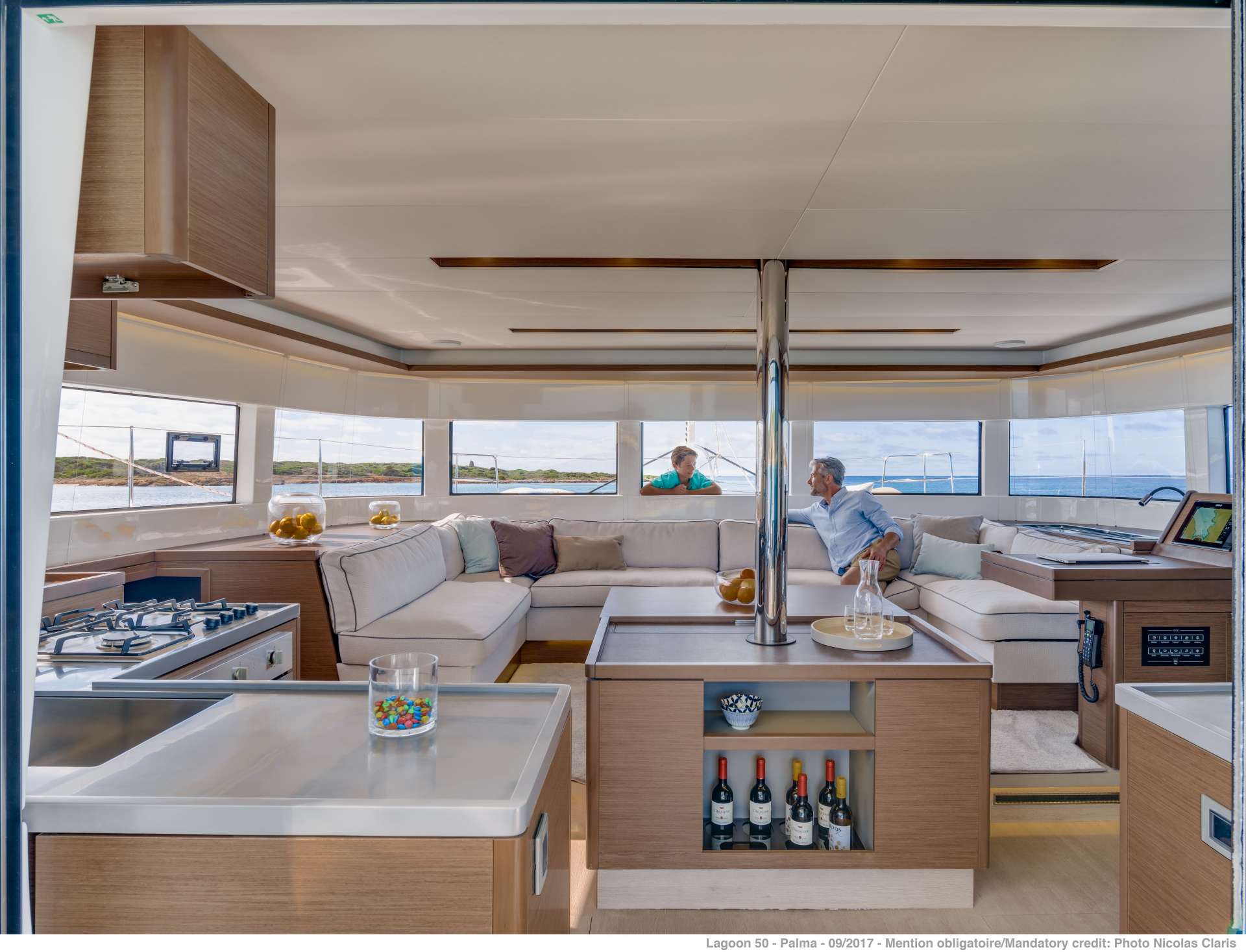 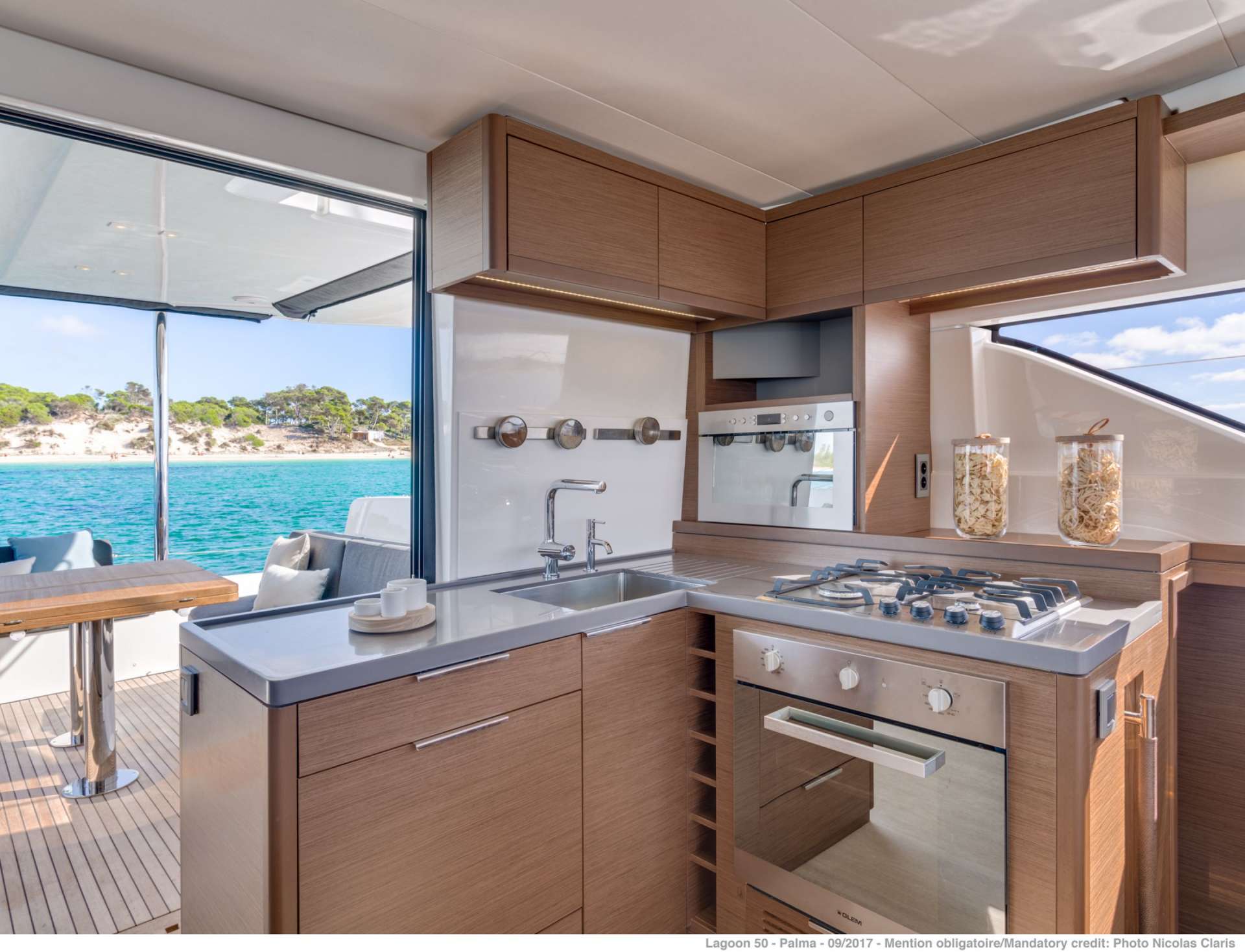 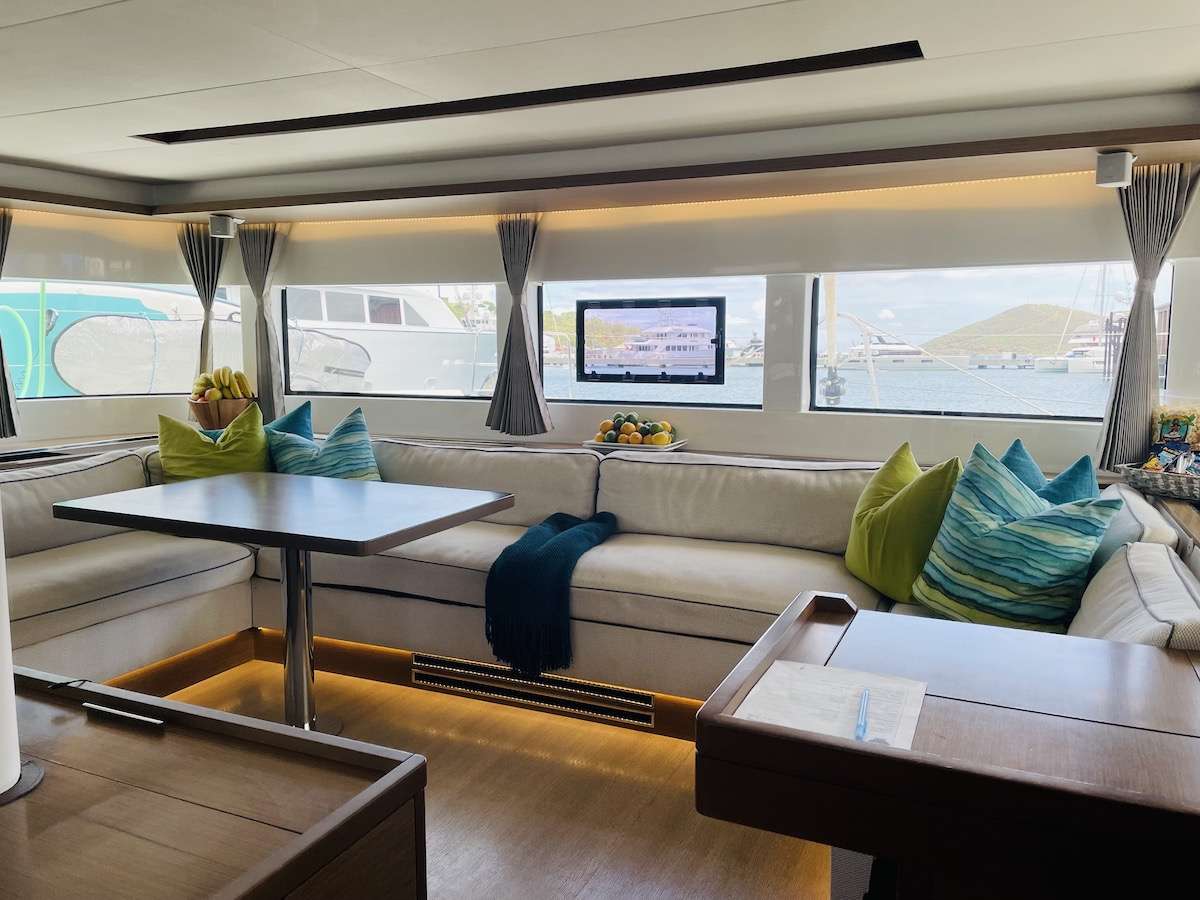 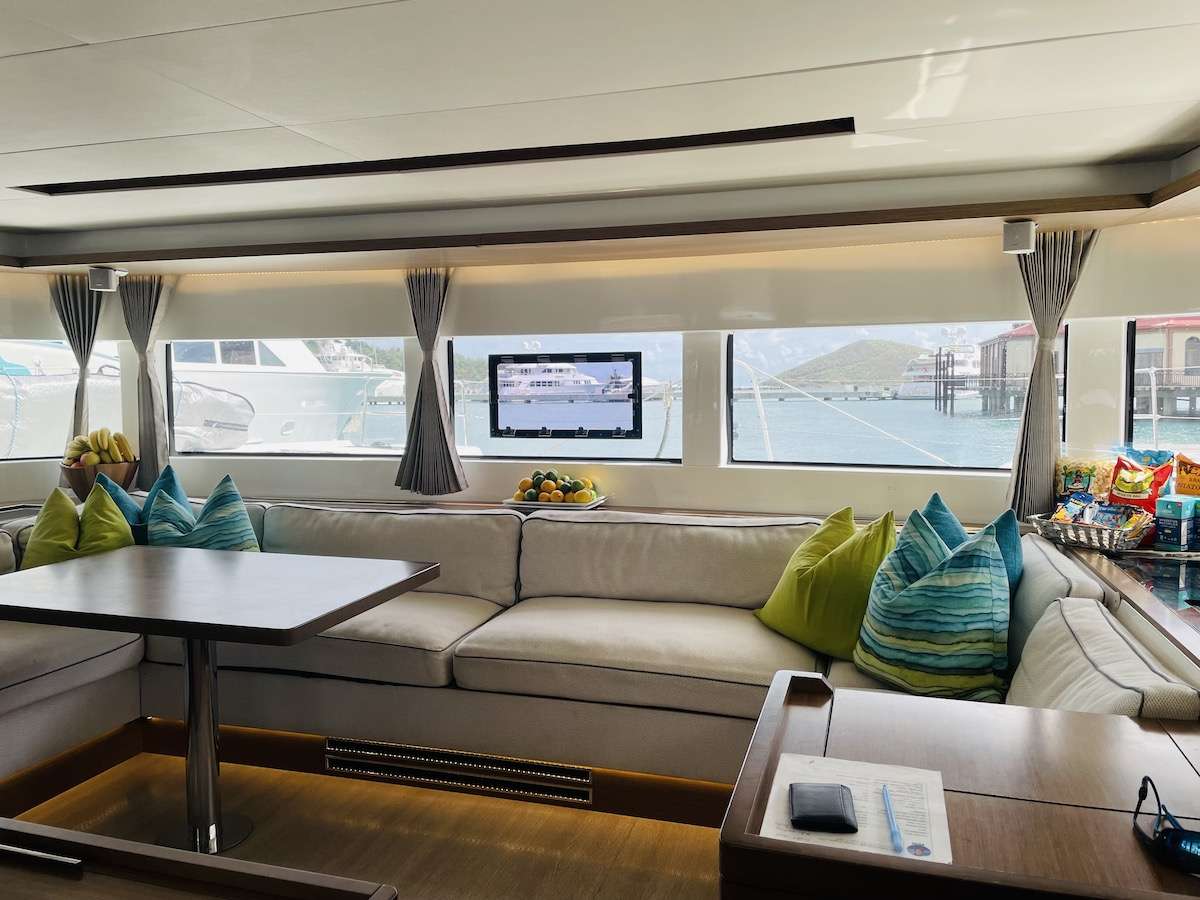 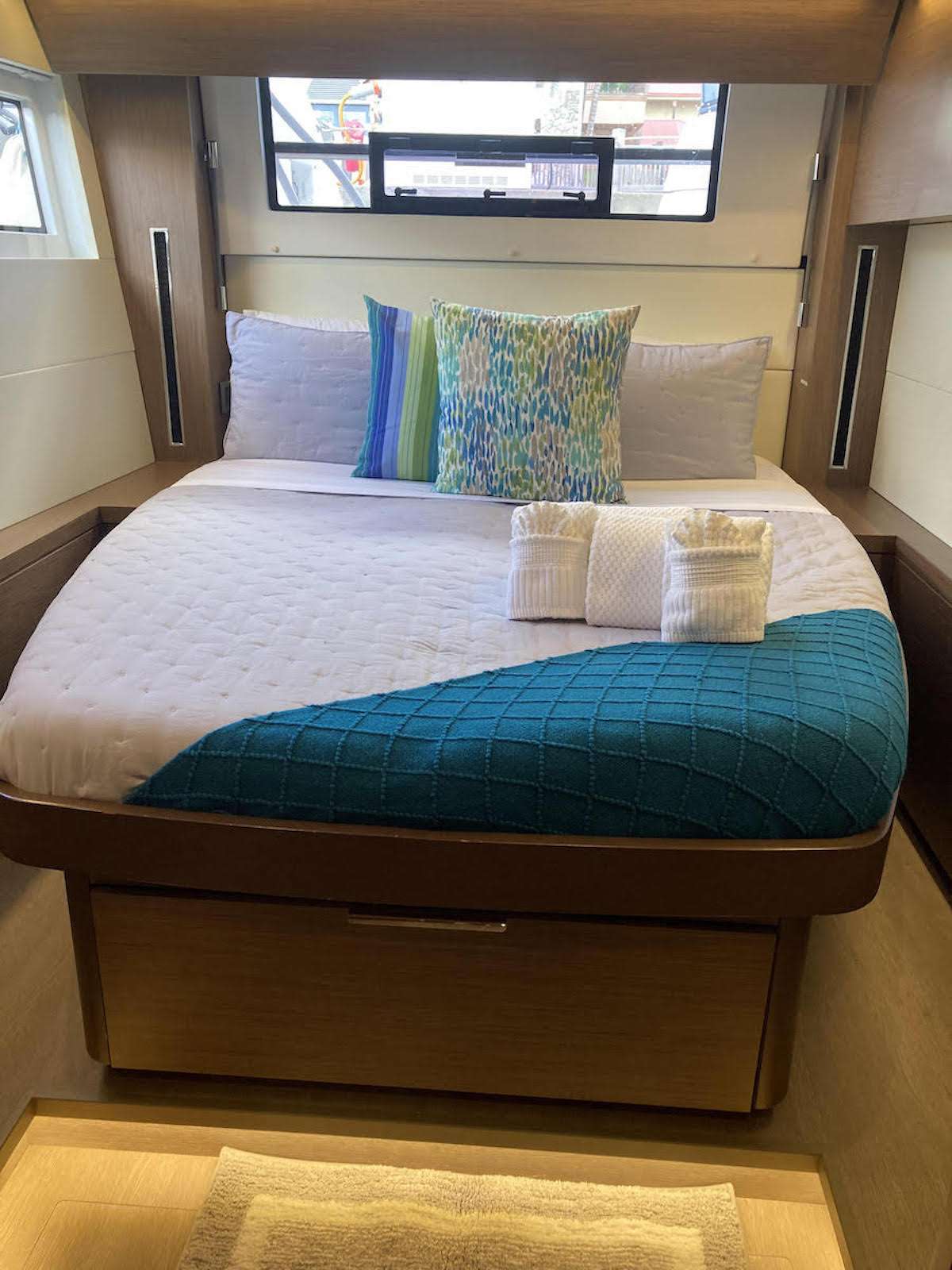 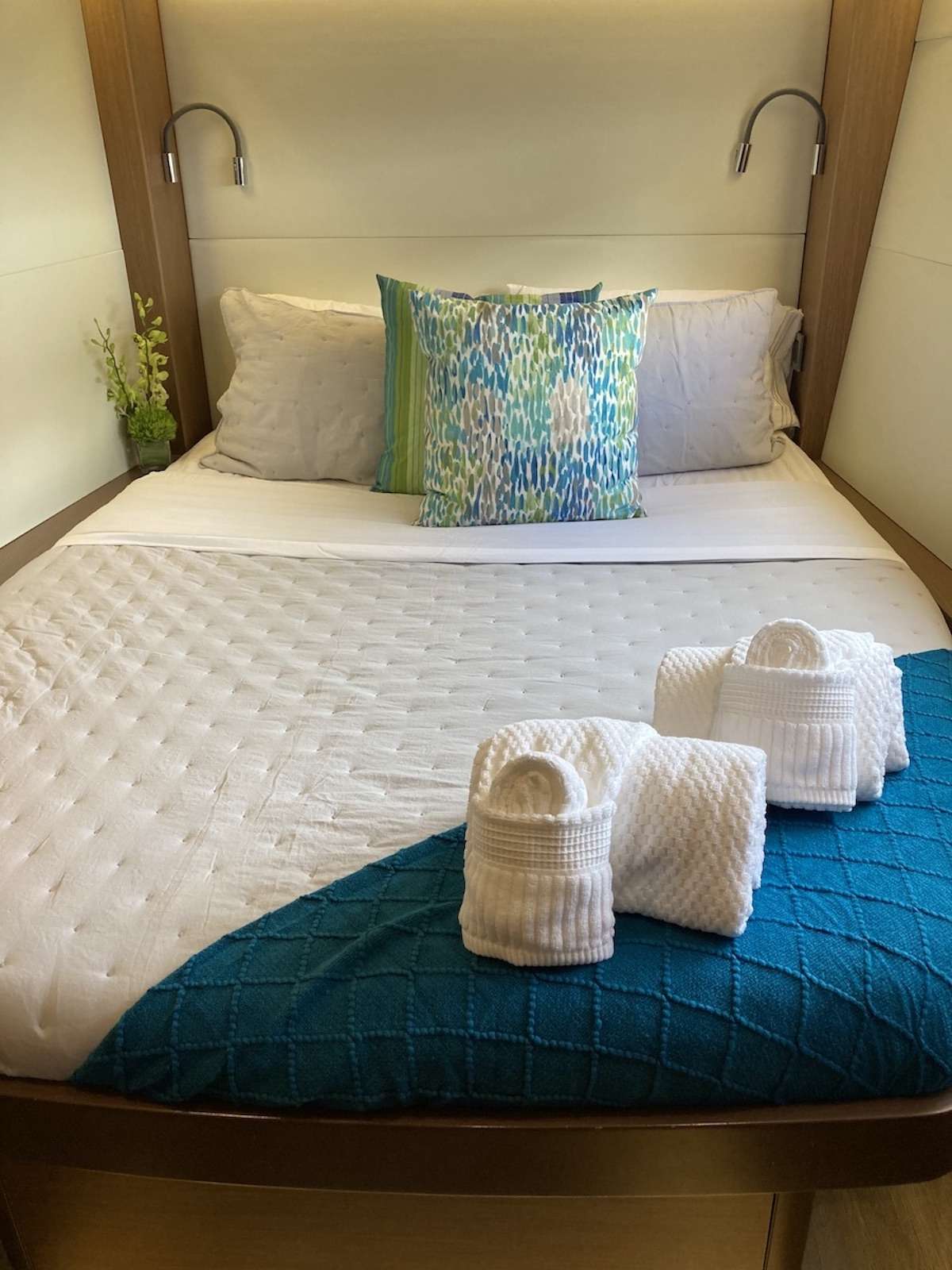 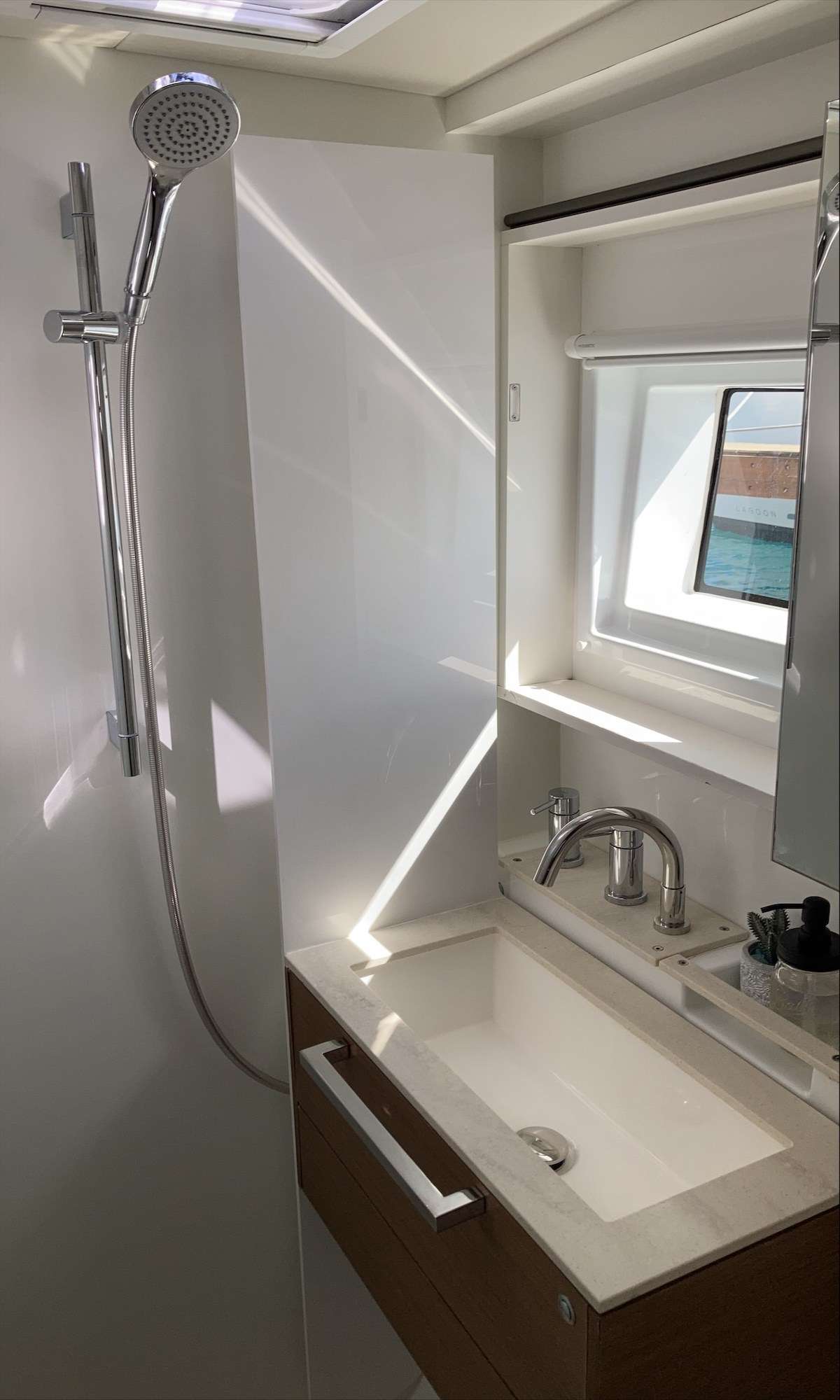 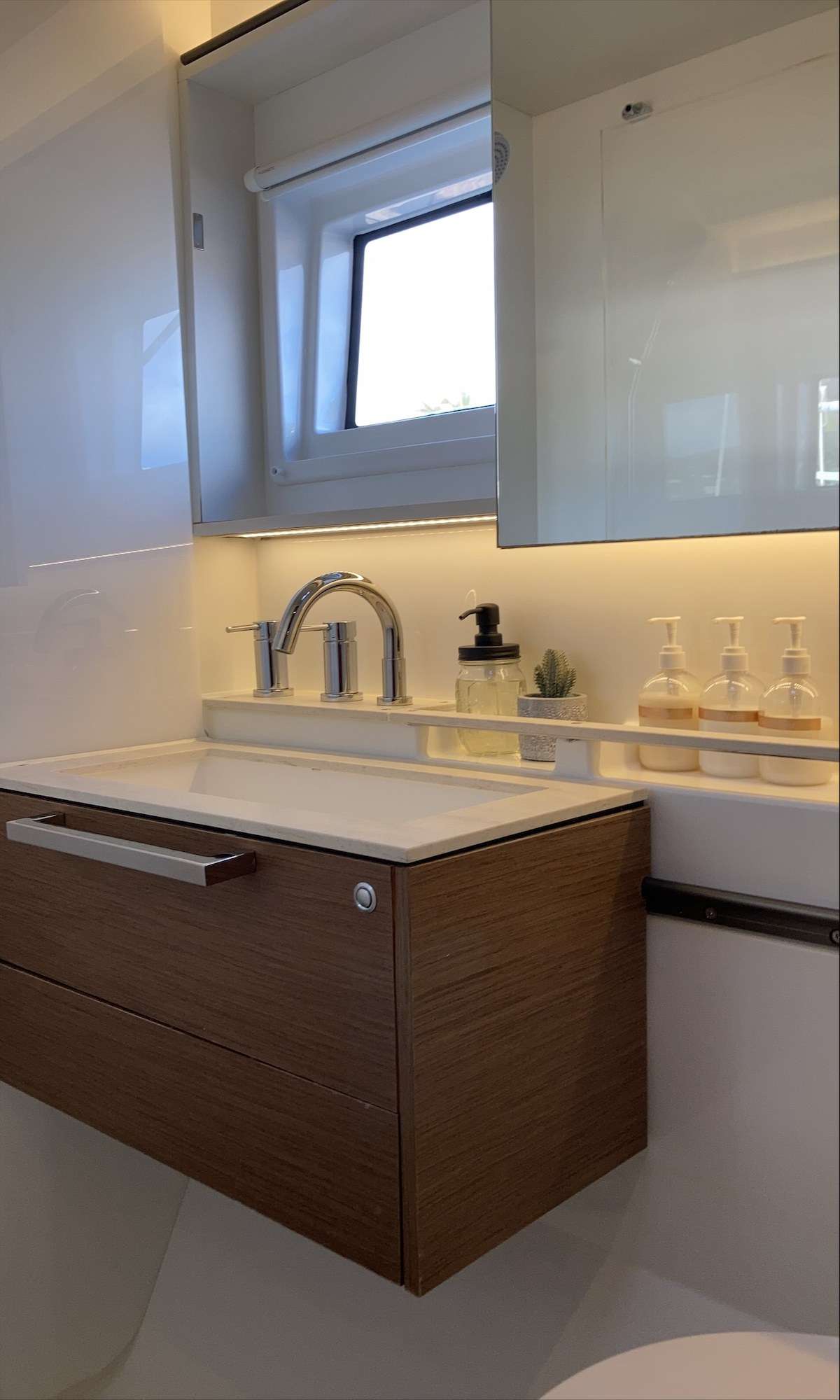 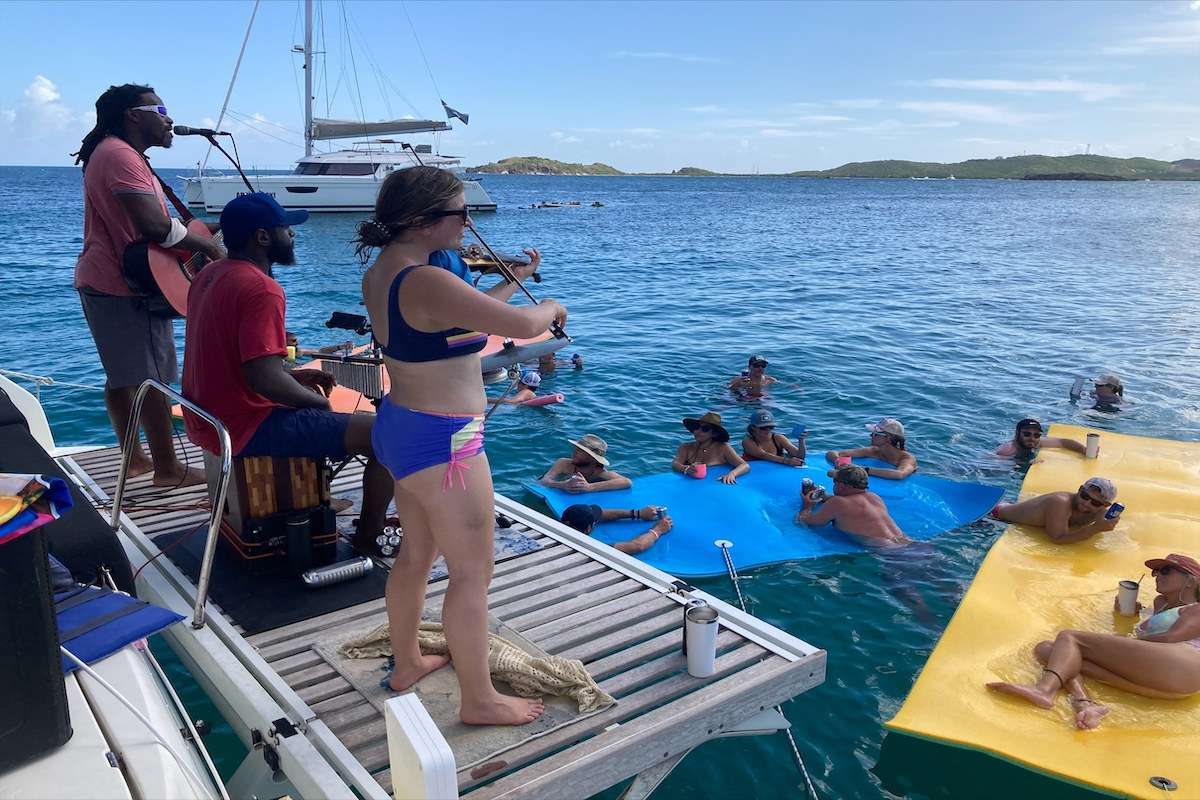 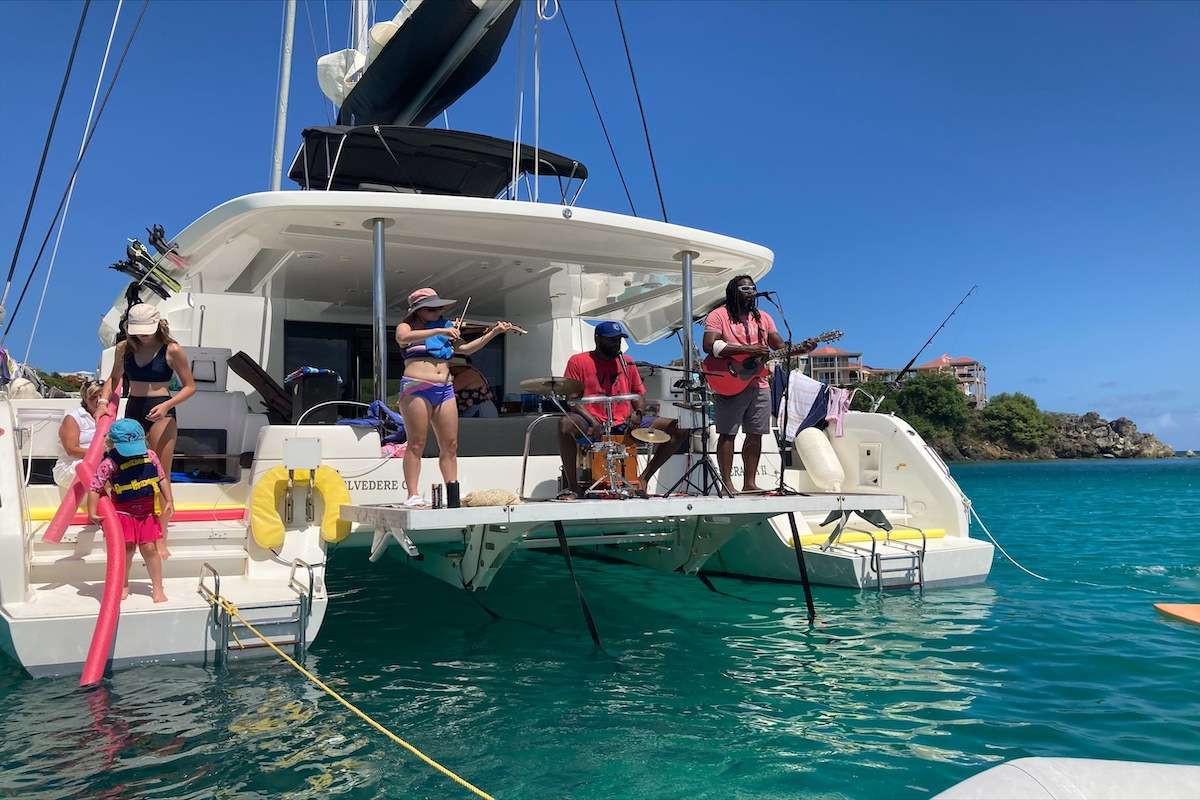 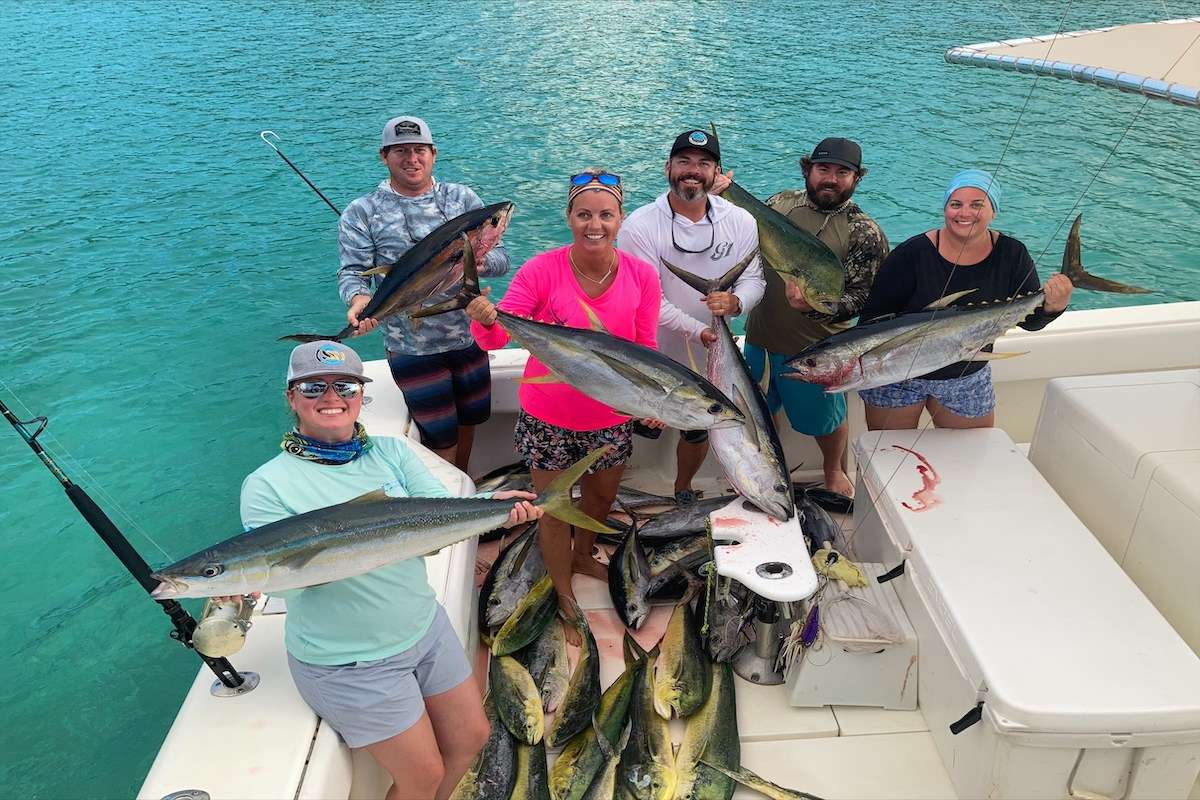 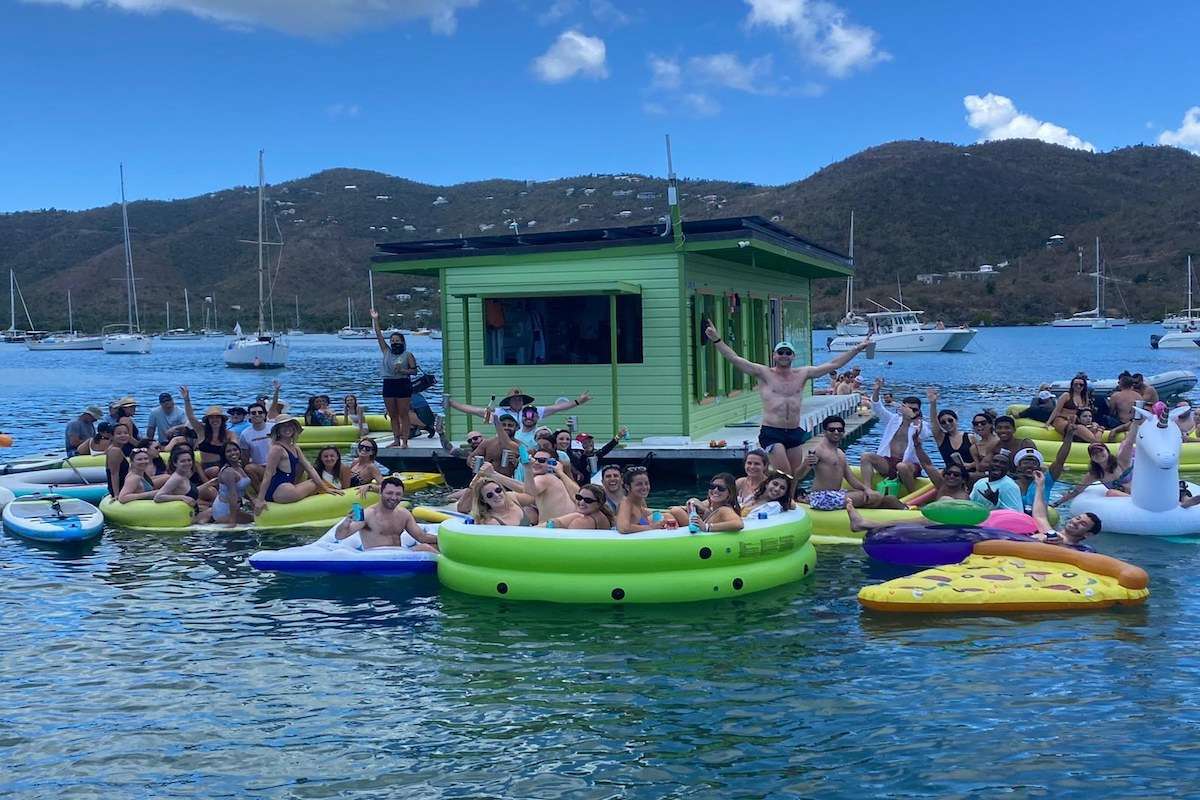 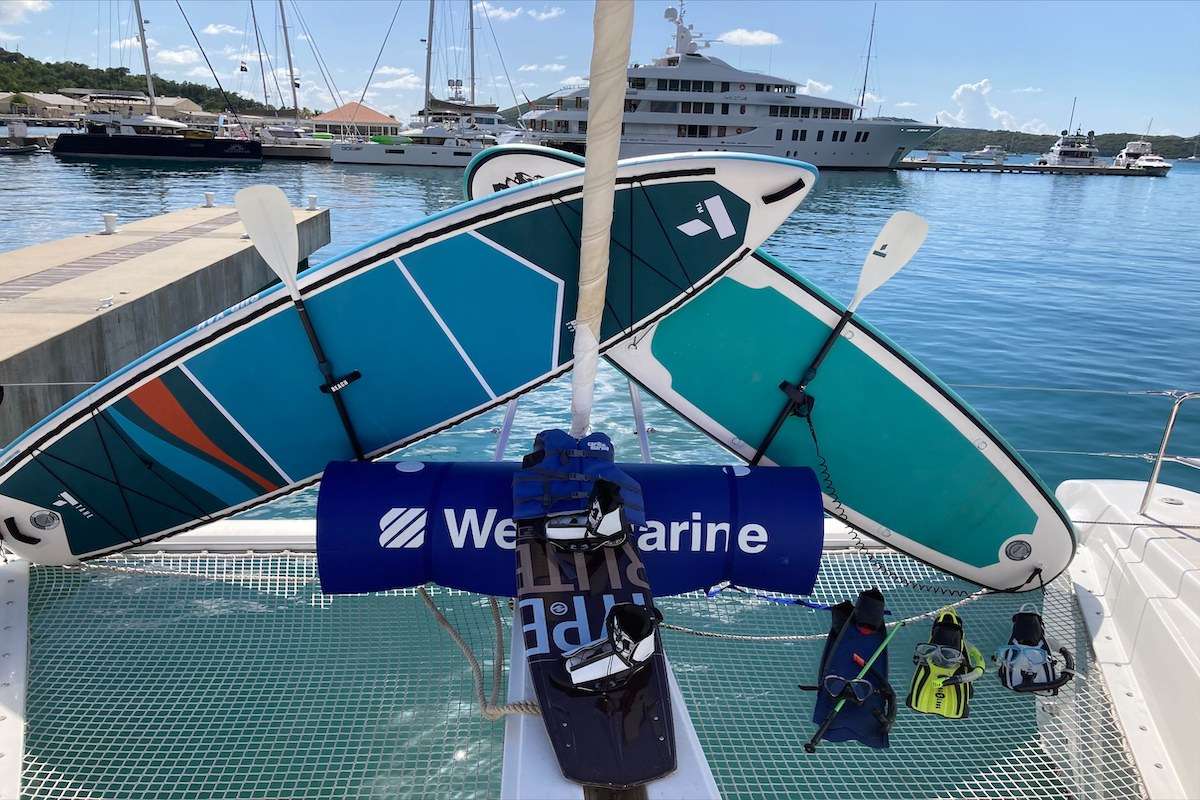 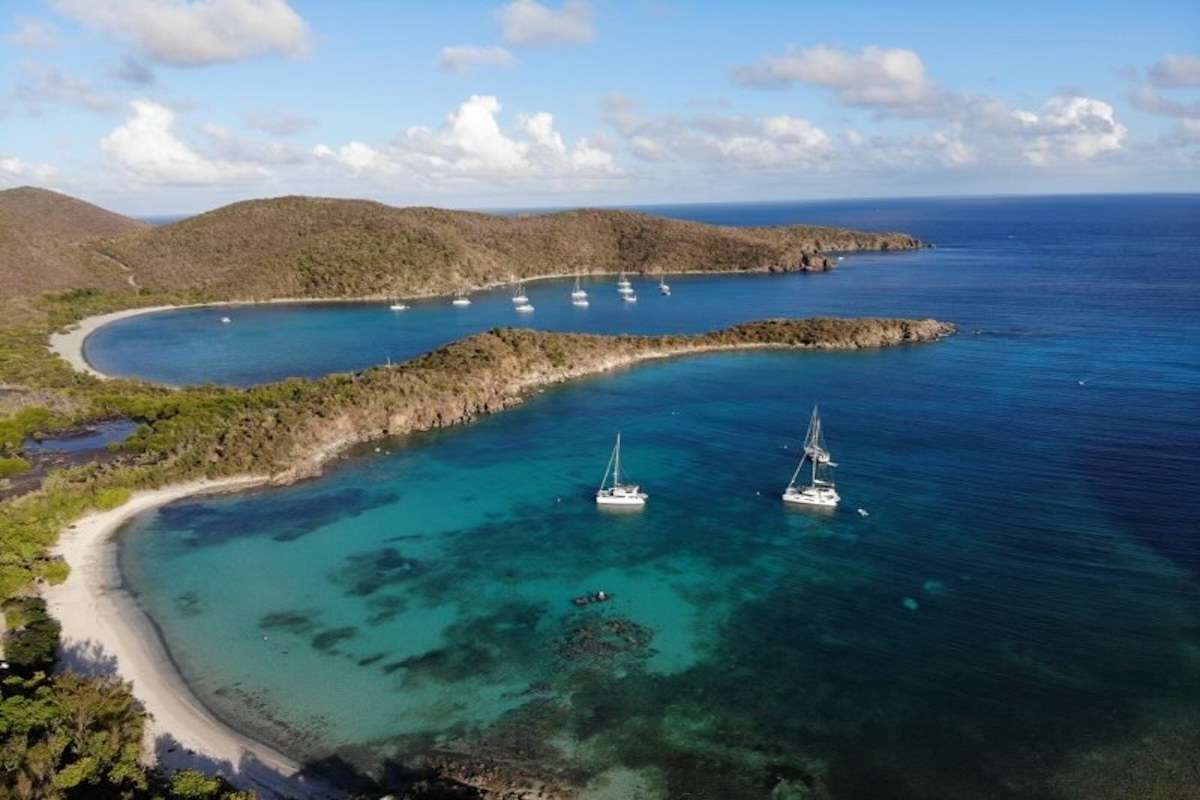 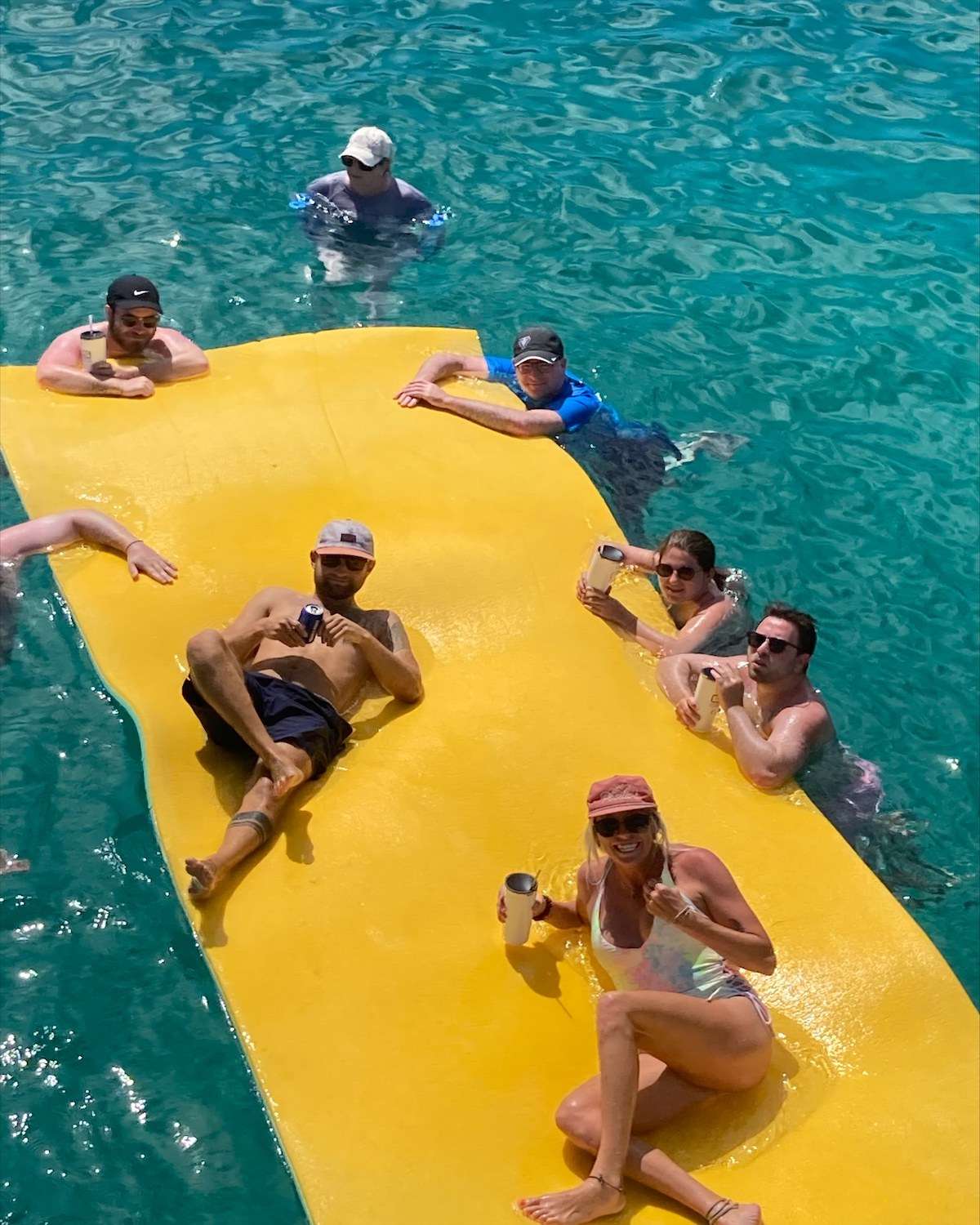 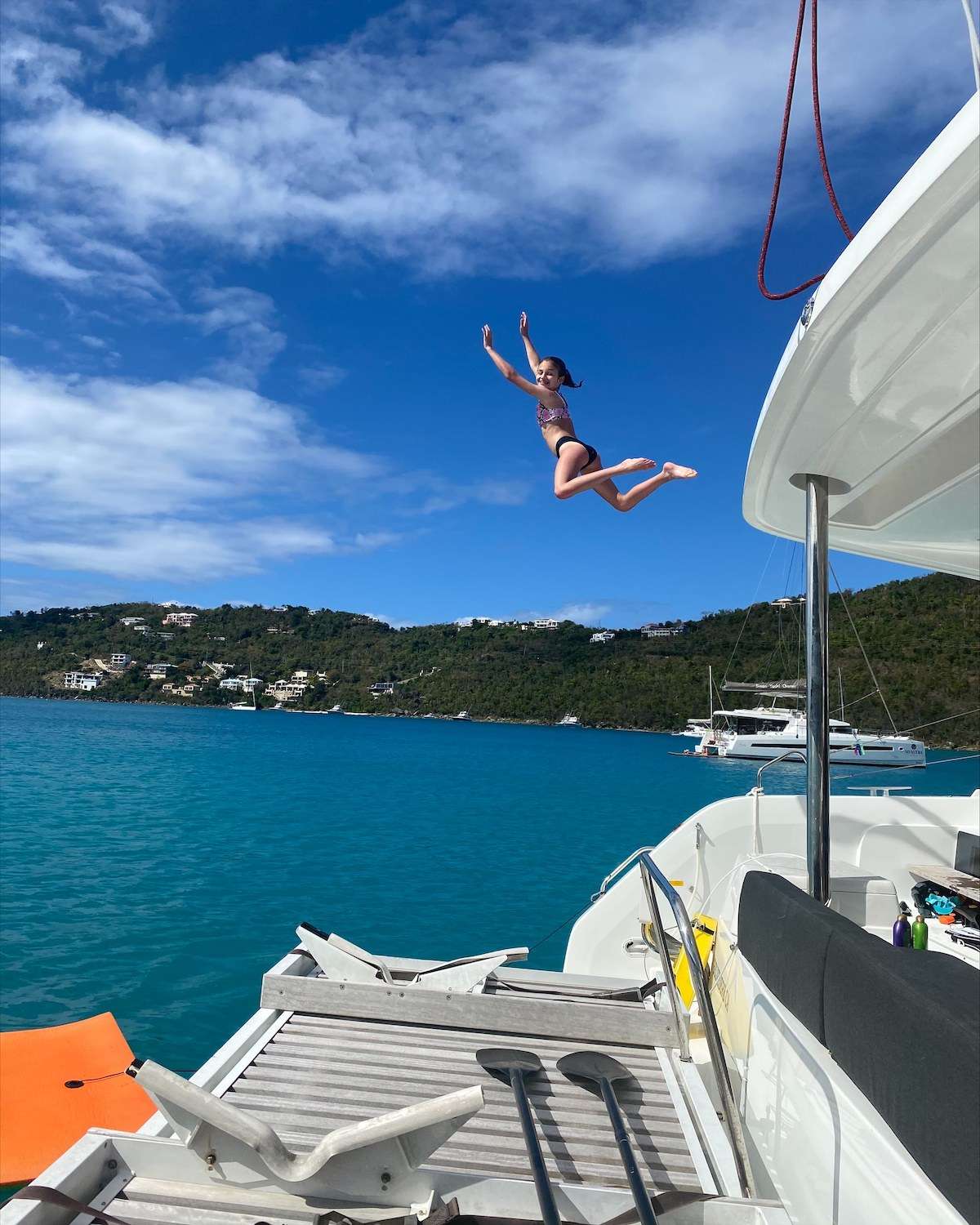 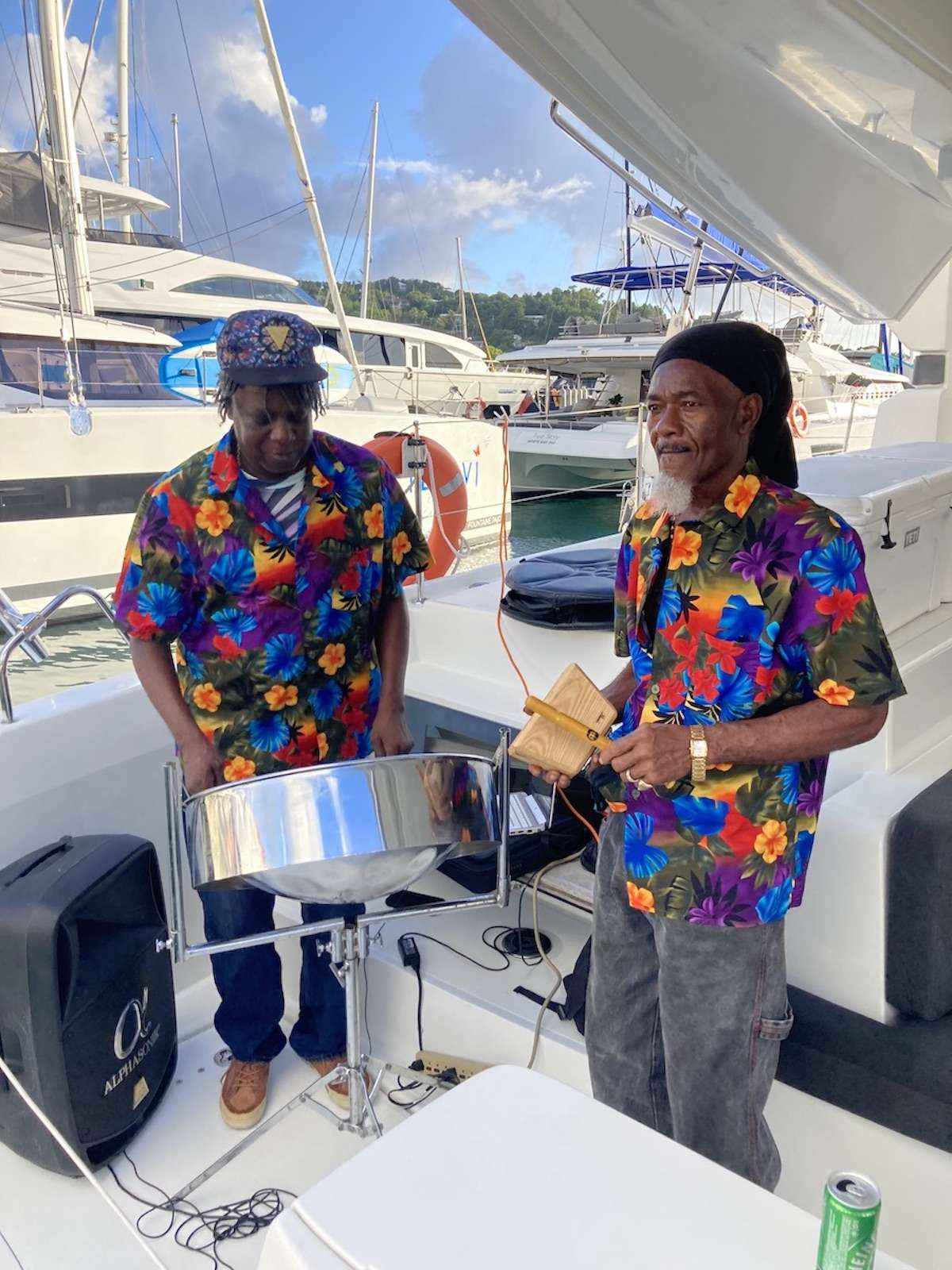 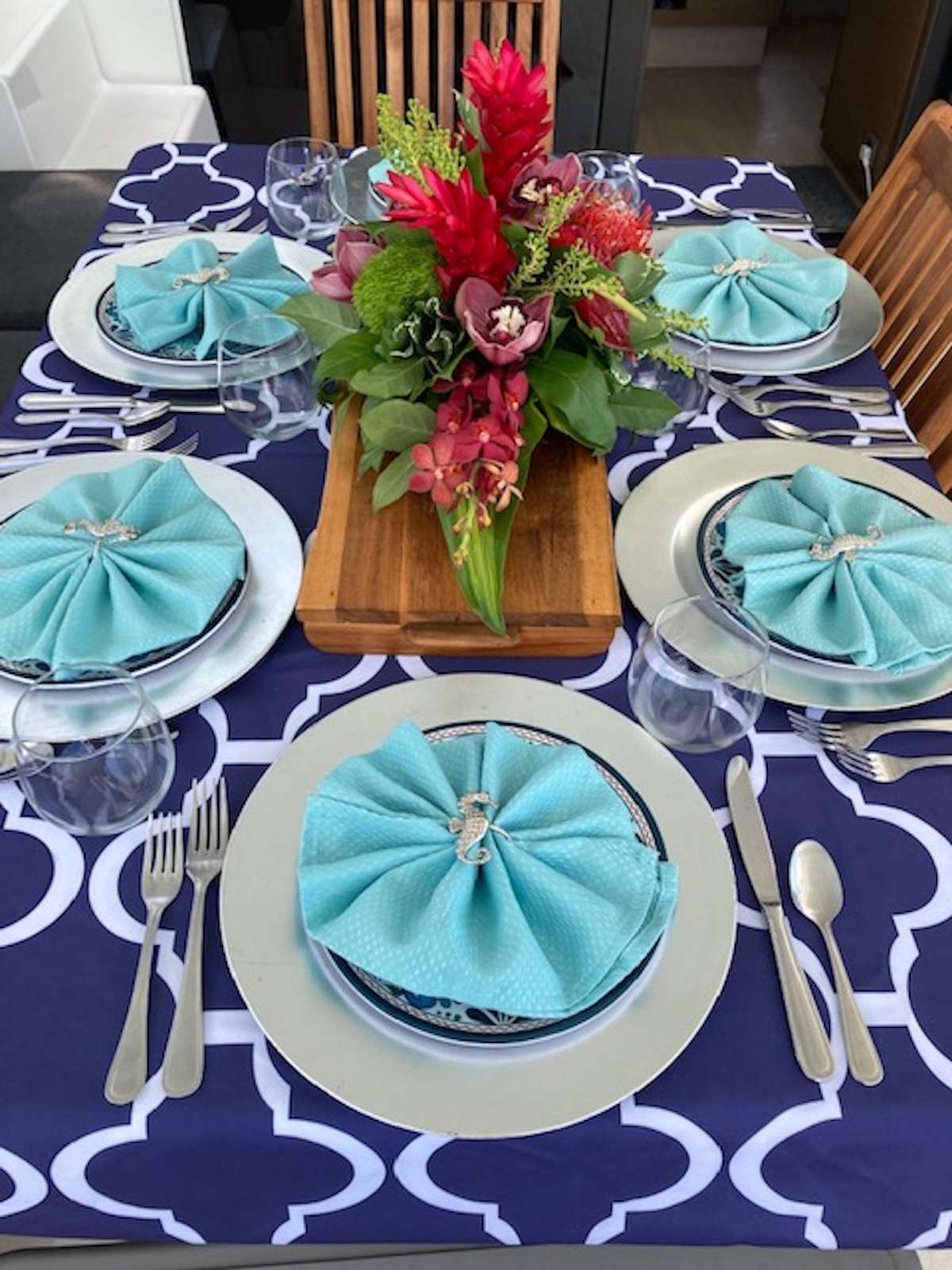 Captain Stephen Powell grew up sailing in Newport Beach, California. “My brother and I would spend the summer sailing in Newport Harbor, like a modern version of Tom Sawyer and Huckleberry Finn. My entire family were lifeguards, sailors, scuba divers, pilots, and general Bon Vivants”, he said.

After graduating from the University of Southern California, Stephen traveled down to South Africa, to race and deliver sailboats, where he earned his Yachtmaster Ocean certification. Capt. Stephen has sailed in all of the great oceans of the world and has logged in excess of 40,000 miles offshore, including 2 trans Atlantic and Indian Ocean crossings.

He holds a USCG 100 ton Master license and is also a PADI Divemaster and a private pilot. In 2017 he purchased his very own 41′ sloop in Palma de Mallorca, which he sailed across the Atlantic, through the Caribbean, and up the east coast of the USA. As a result of his extensive travels, Capt. Stephen speaks fluent Spanish and can generally get by in a couple other languages as well. He will keep you entertained with tales of the high seas and even teach you a few sailing knots if you so choose.

—————————————————————————————————————————————————————————————-
Chef and First Mate Celia, who goes by the nickname “CC”, was born and raised most of her life near the ocean in Southern California. It wasn’t until 2015 that CC gave up her corporate career as a Meeting & Event Planner and started traveling the world spending three of those months sailing across the South Pacific on a Lagoon 450. Traveling brought CC to earning her PADI Dive Instructor certification which then led her into the superyacht and luxury liveaboard industry where she worked in a variety of roles – one of them more recently being a chef cooking for 25 guests and crew combined in the Bahamas and Turks & Caicos.

After nearly 5 years working in the yachting industry, she’s now able to combine her passion for the ocean and focus on her creativity skills preparing modern fare cuisine. When CC is not on charter, you’ll likely find her traversing through mountains and enjoying the culinary delights of the country she’s in or continuing her education working toward her sommelier certification and yoga teacher training.

We’re pleased to have Celia onboard with her shared passion for the ocean and enthusiasm for food.

Not sure a more memorable, fun, delicious & sun filled charter would be possible.
Each day a unique experience- from the turtles and rays to our snorkel trip in waterlemon key, to every eloquent meal CC treated us to, and all the sprites Captain Stephen poured, we had the most wonderful trip.

What an amazing unique adventure doing something we have never done in a place we have never been.... now that's what we call living life!

Gathered together the 9 of us celebrated 2 of our friends birthdays.
Stephen was the host with the most! Snorkeling with "tortugas", seeing tarpon at night the size of sharks, LOL, having wrestling matches on the lilypad and not taking a regular shower for almost a week, was just what our friend-souls desired.

True fun in the sun!!

The past 6 days have been quite amazing for this wolfpack 5 family!

We could not have asked for better hosts. Stephen and CC you made the trip. Thank you so much for showing us incredible sights, food and drink. We have memories for a lifetime. As we depart today it's not a goodbye - but see ya soon.

Wow!!
I'm truly speechless about this most memorable trip. Beautiful location, delicious food, great company - what more can we ask for :)

Thank you captain Stephen for making us feel so welcome. CC, your are truly and angel and a phenomenal chef. I am a crazy foodie and she fulfilled all-my wildest culinary desires!! i will be craving CC's delicious cuisine the second I step off the boat.