S/V Physalia, crewed and operated by her owners Chris and Kaya. They have spent the Summer refitting a 5-cabin Lagoon 500 Masters level marine scientists, Chris & Kaya can offer your clients a deep immersion into the ocean world, each of them able to engage in discussion on any point of curiosity about the ocean, geology, and wildlife that abound in the Virgin Islands. They also cater to specialty watersports including kitesurfing and wing-foiling support, as well as Divemaster supervised SCUBA diving (diving instruction available imminently). Possibly unique to Physalia, they even have a 15’ double/single scull crew-style row boat on-board in addition to their normal dinghy. They love treating their guests to out of the way anchorages, scenic naturalist guided hikes, fishing, freediving, paddle boarding, kayaking, and entertaining children. Their top-notch culinary offerings feature local ingredients and cuisines from around the world and have gotten rave reviews from past guests on other vessels. The third member of the crew and official ship’s ambassador is a very well-behaved and well-trained local pup named Waldo who melts hearts everywhere he goes. Please consider them for your clients, they won’t be disappointed! 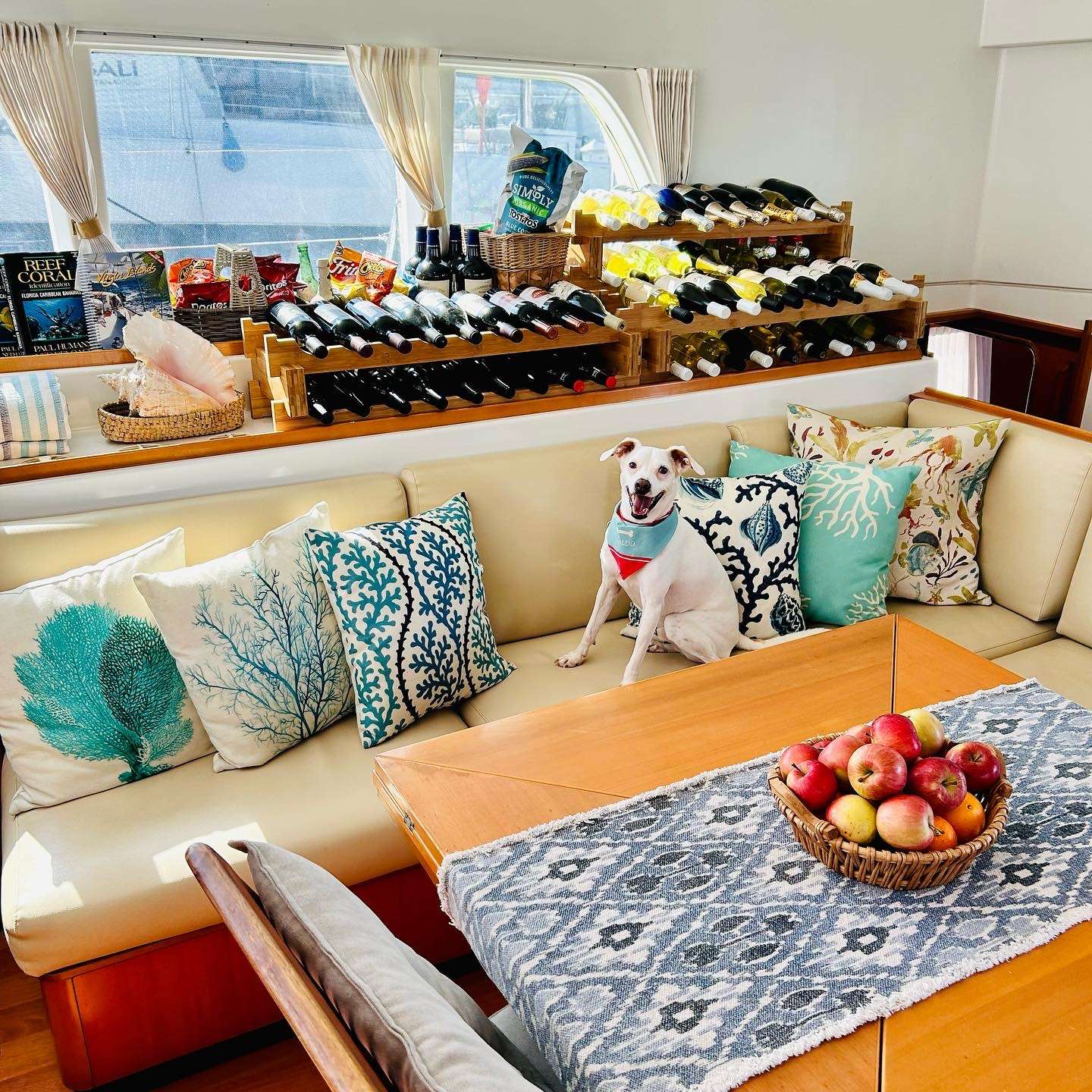 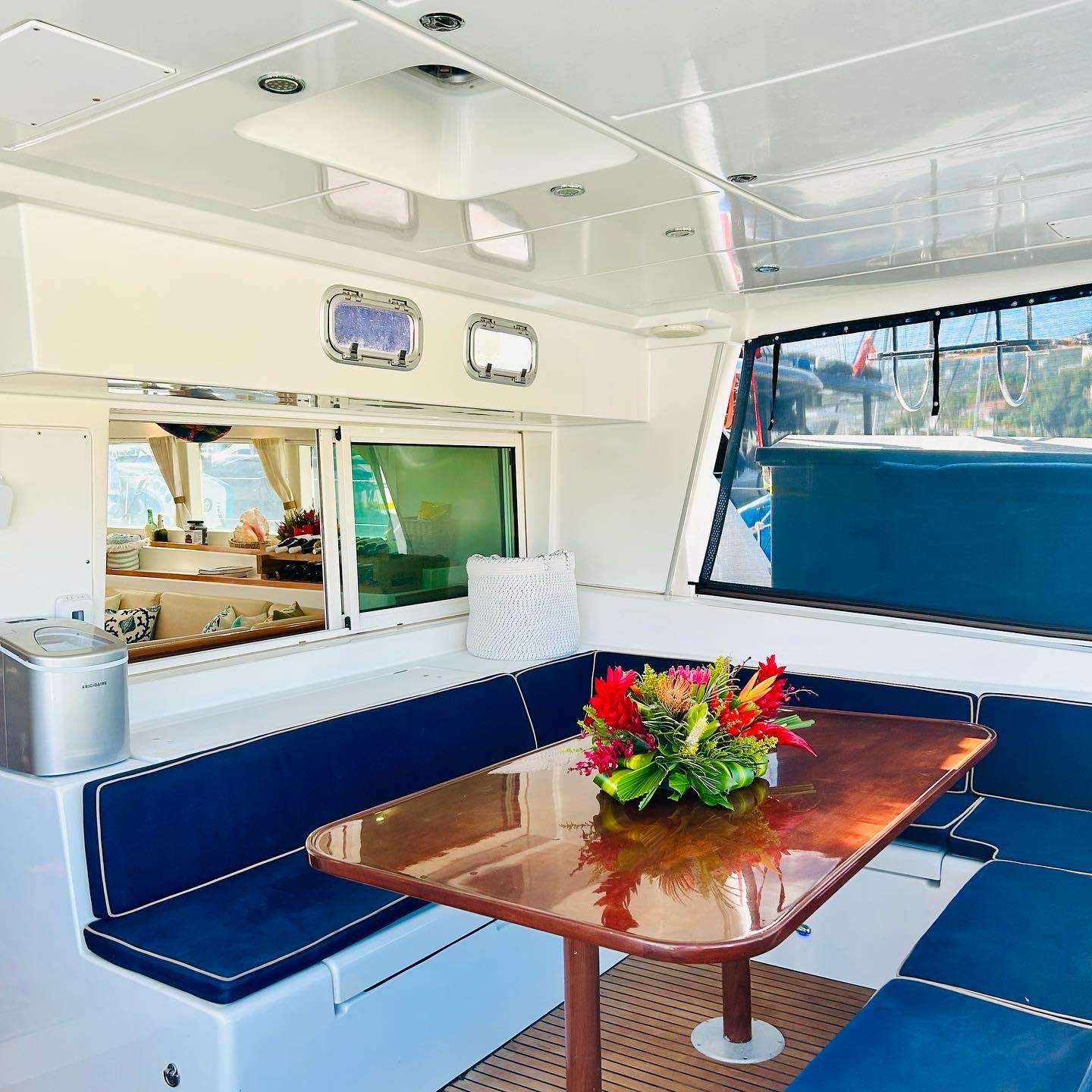 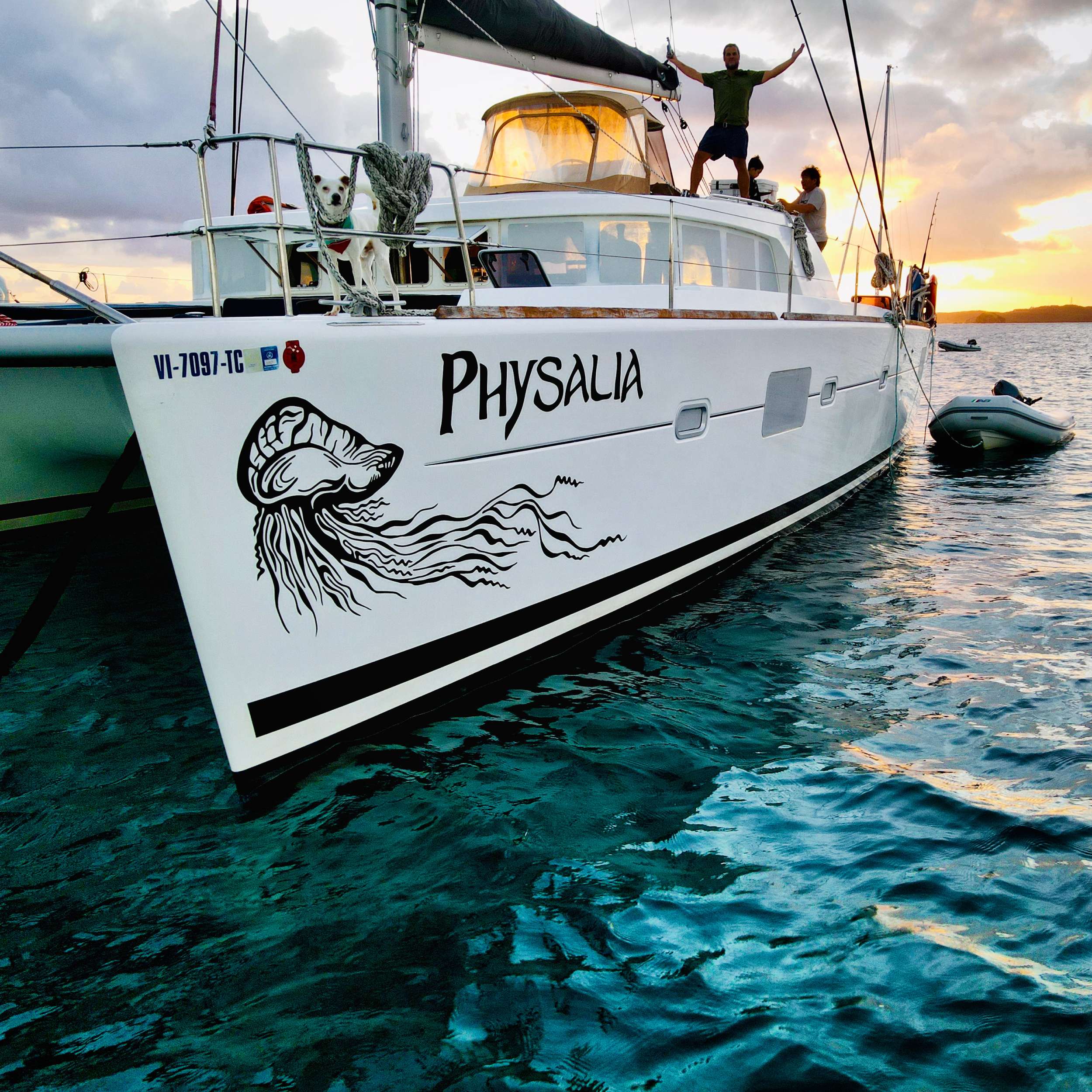 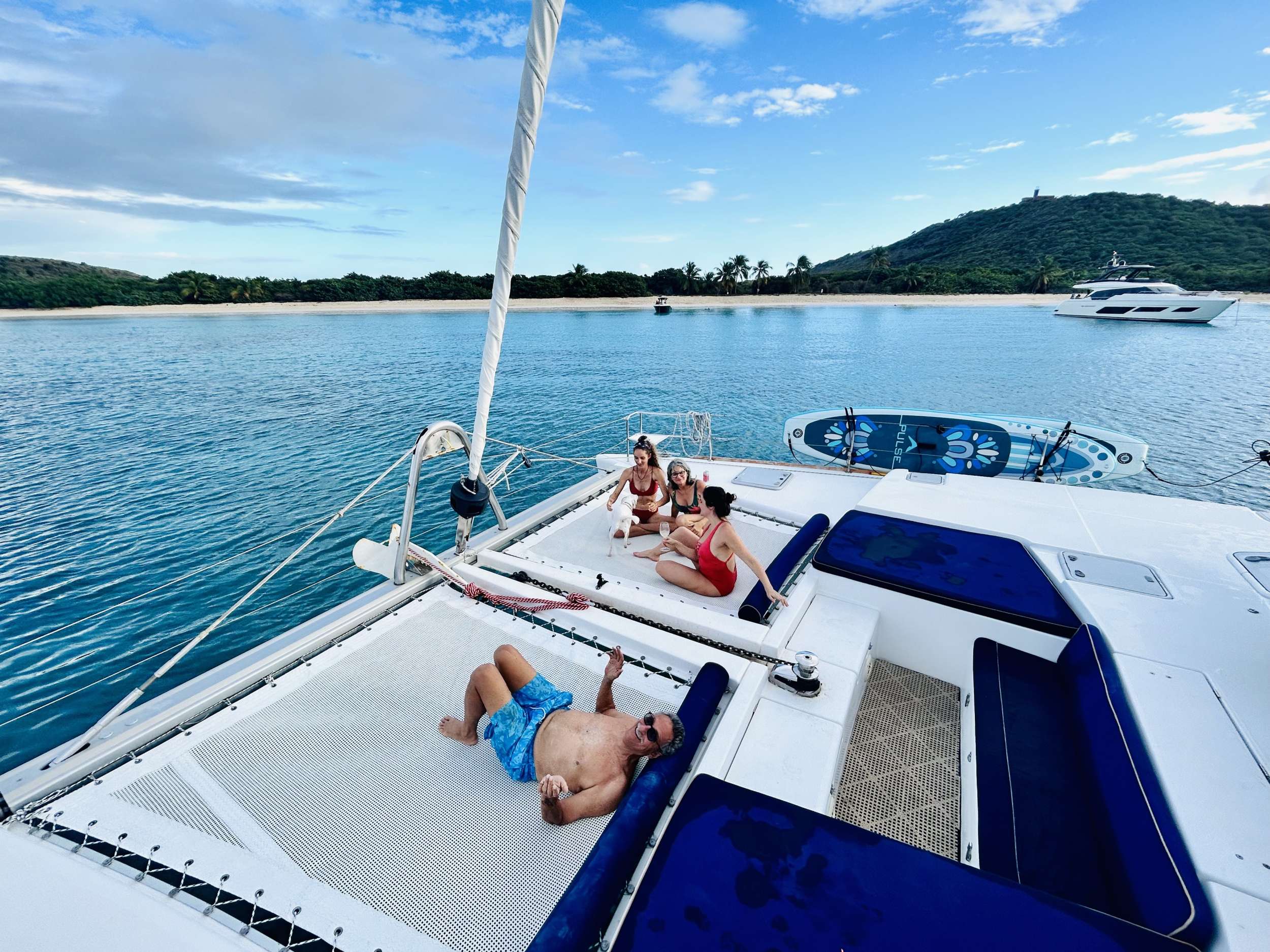 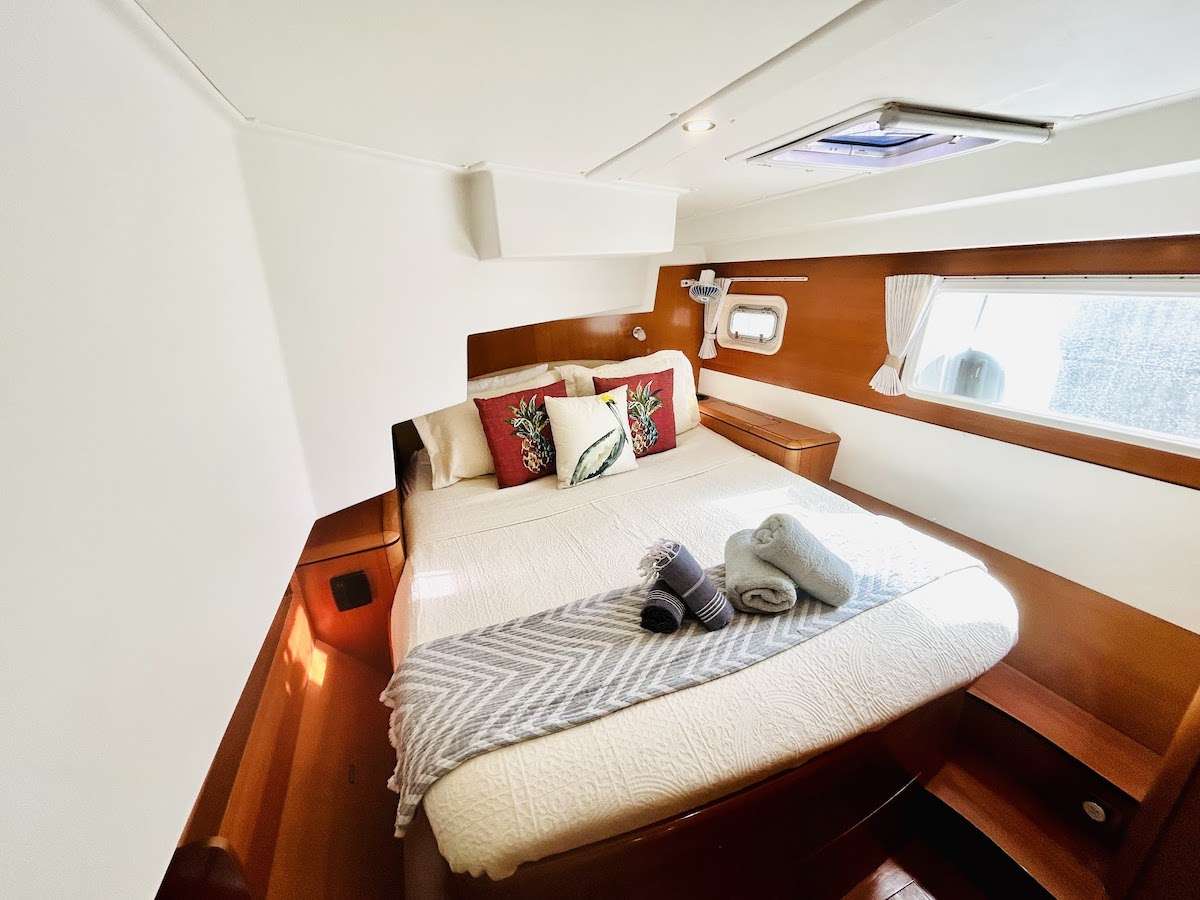 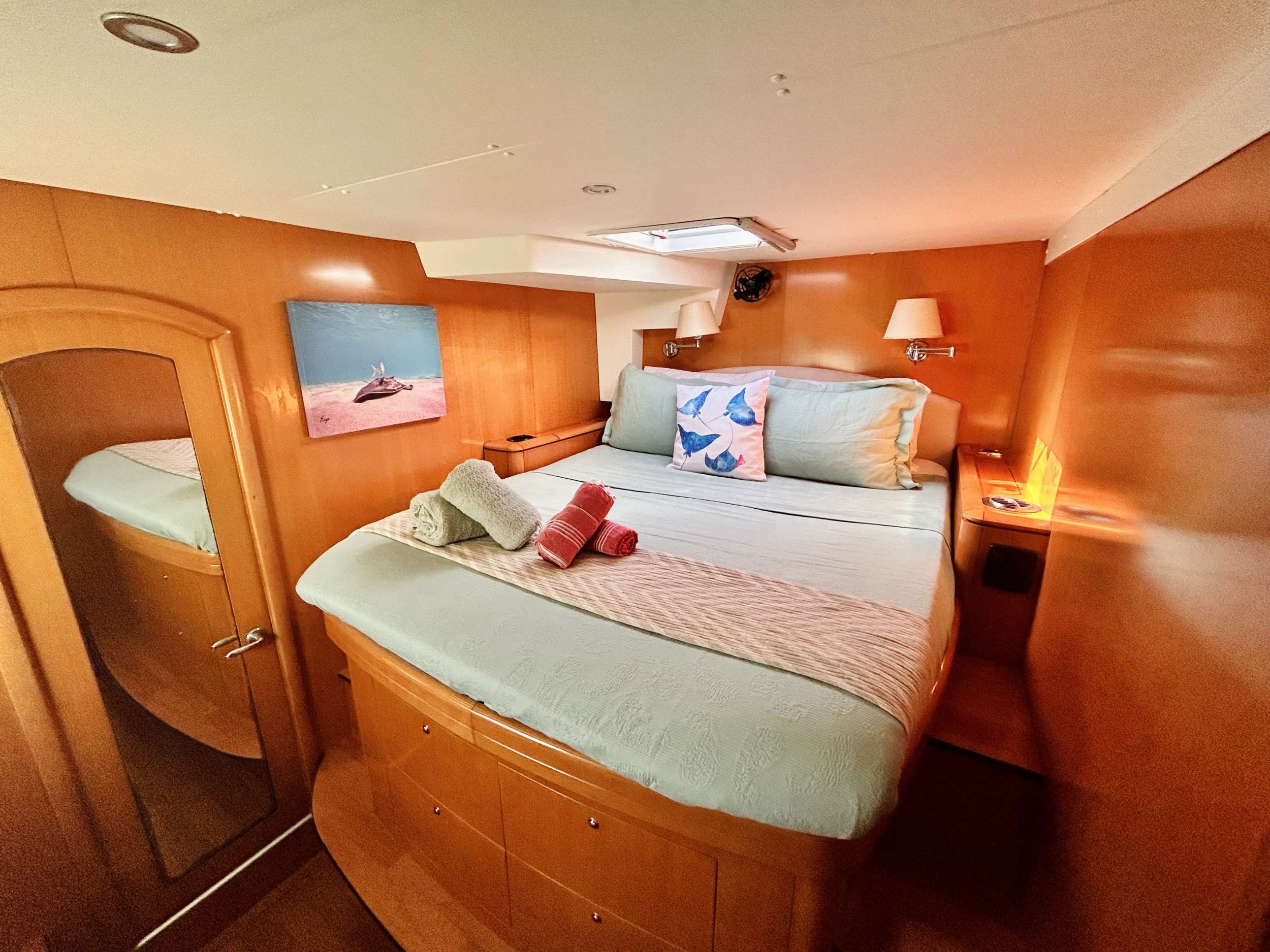 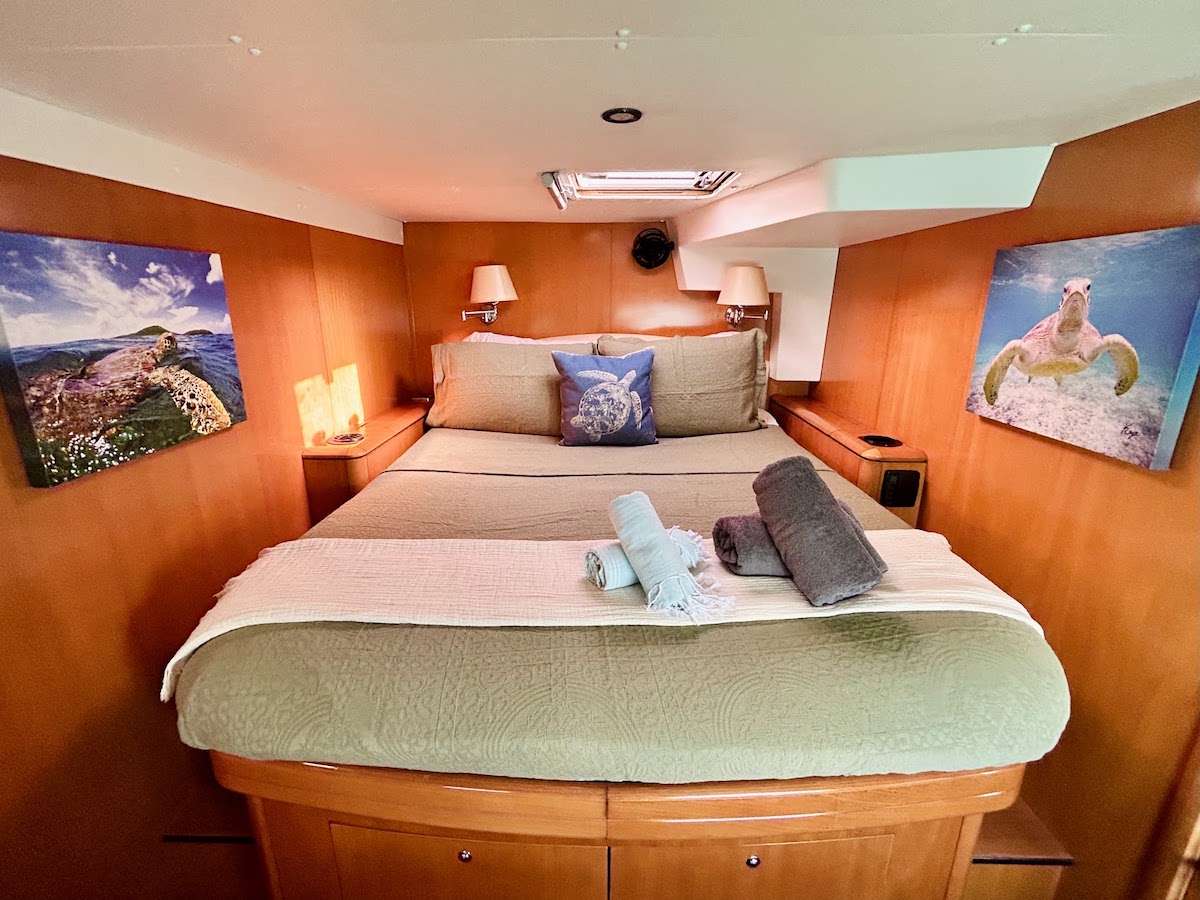 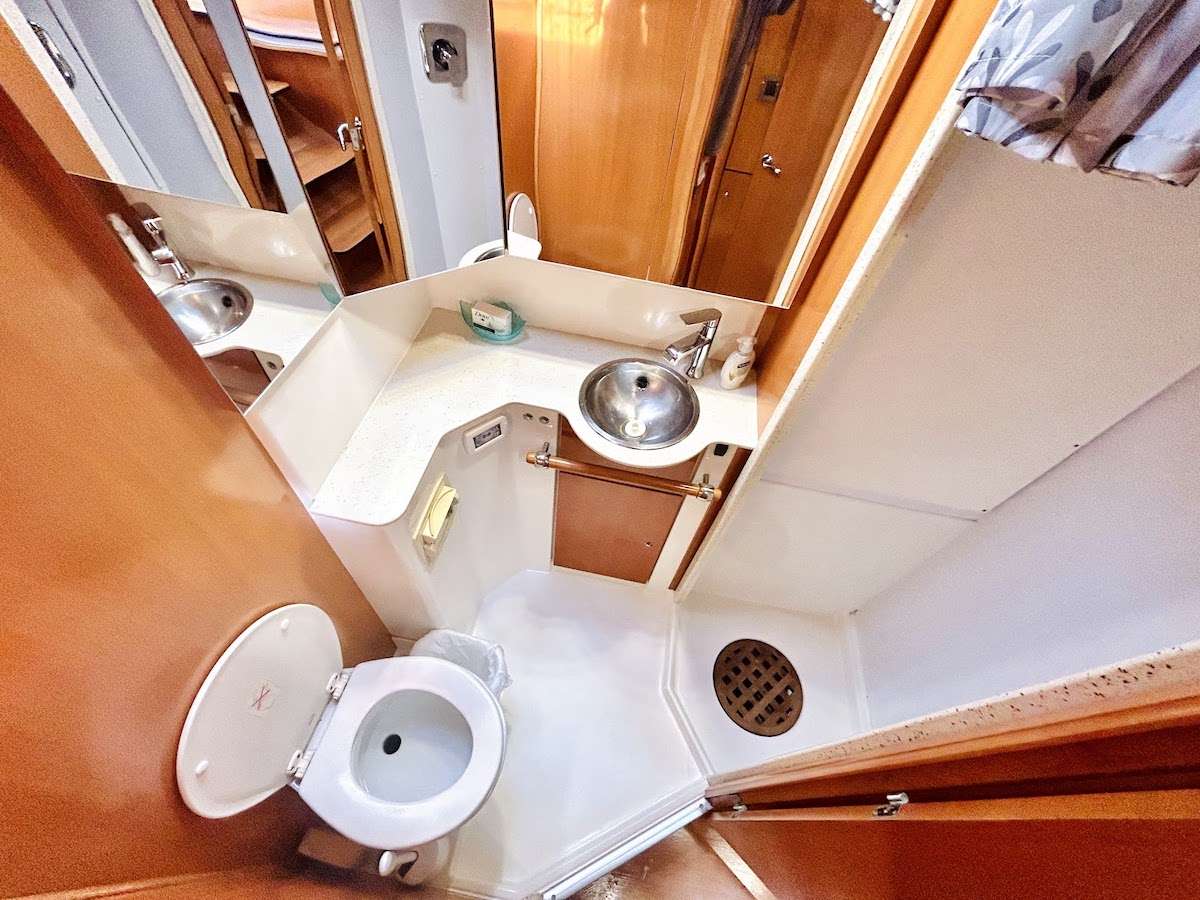 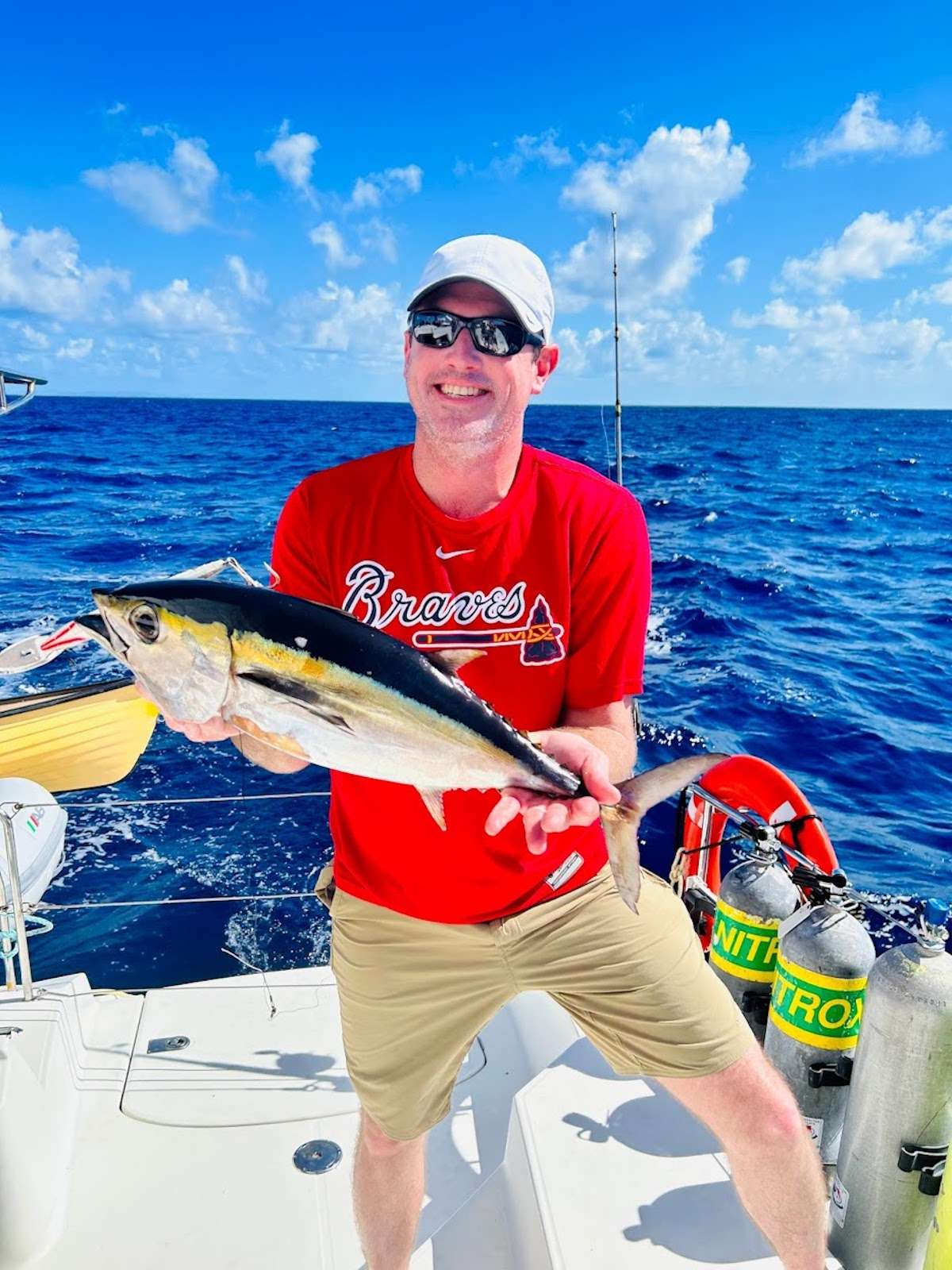 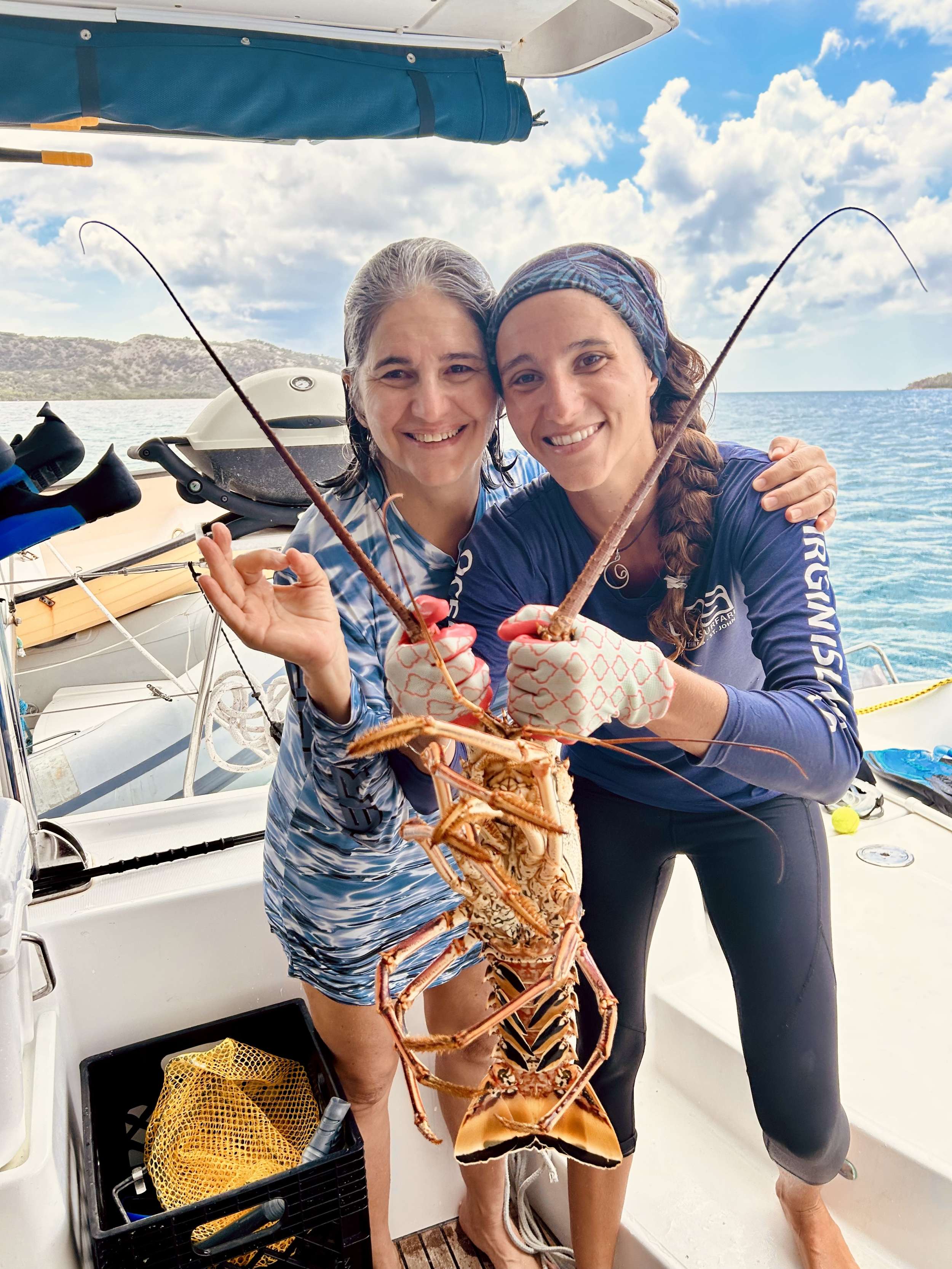 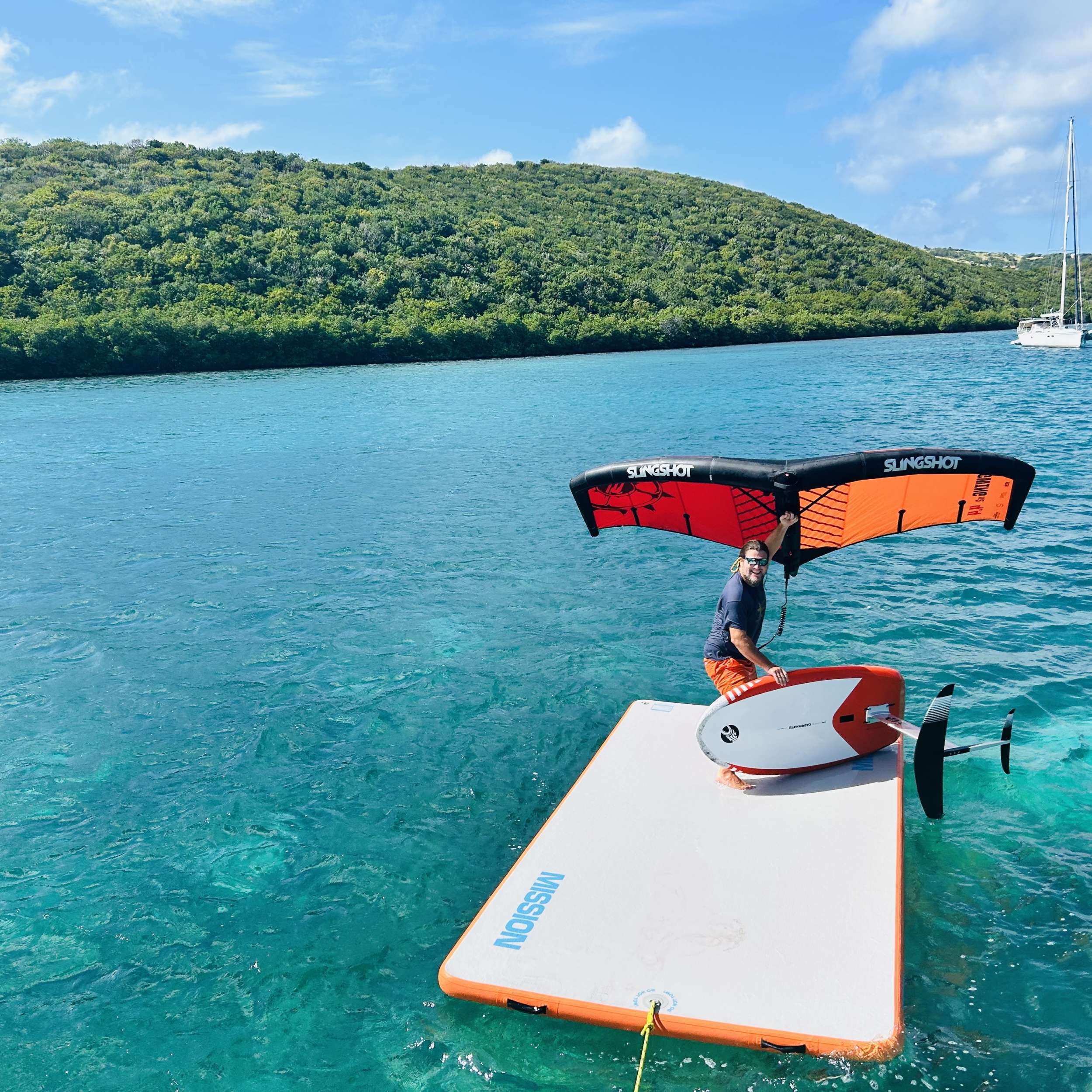 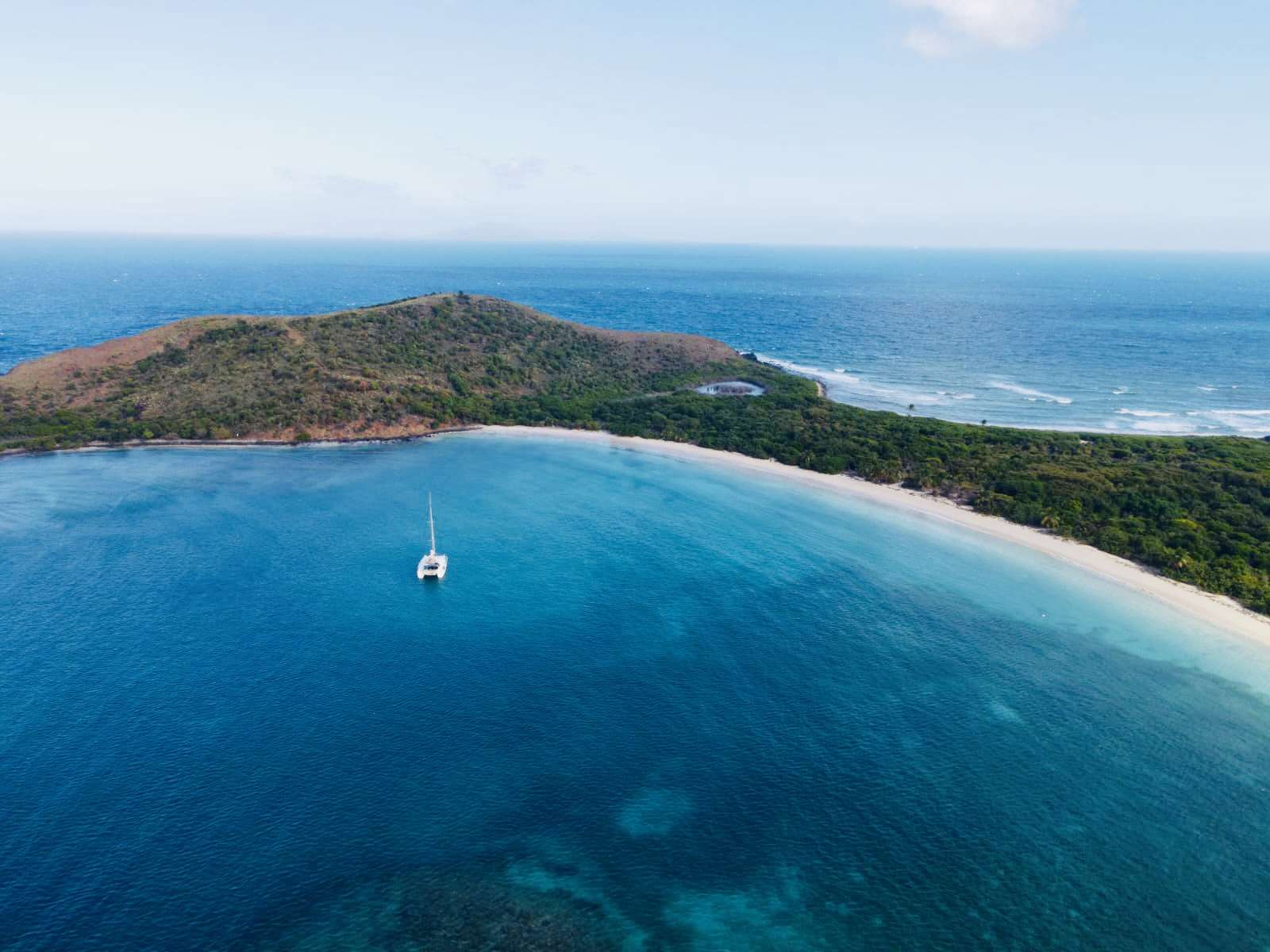 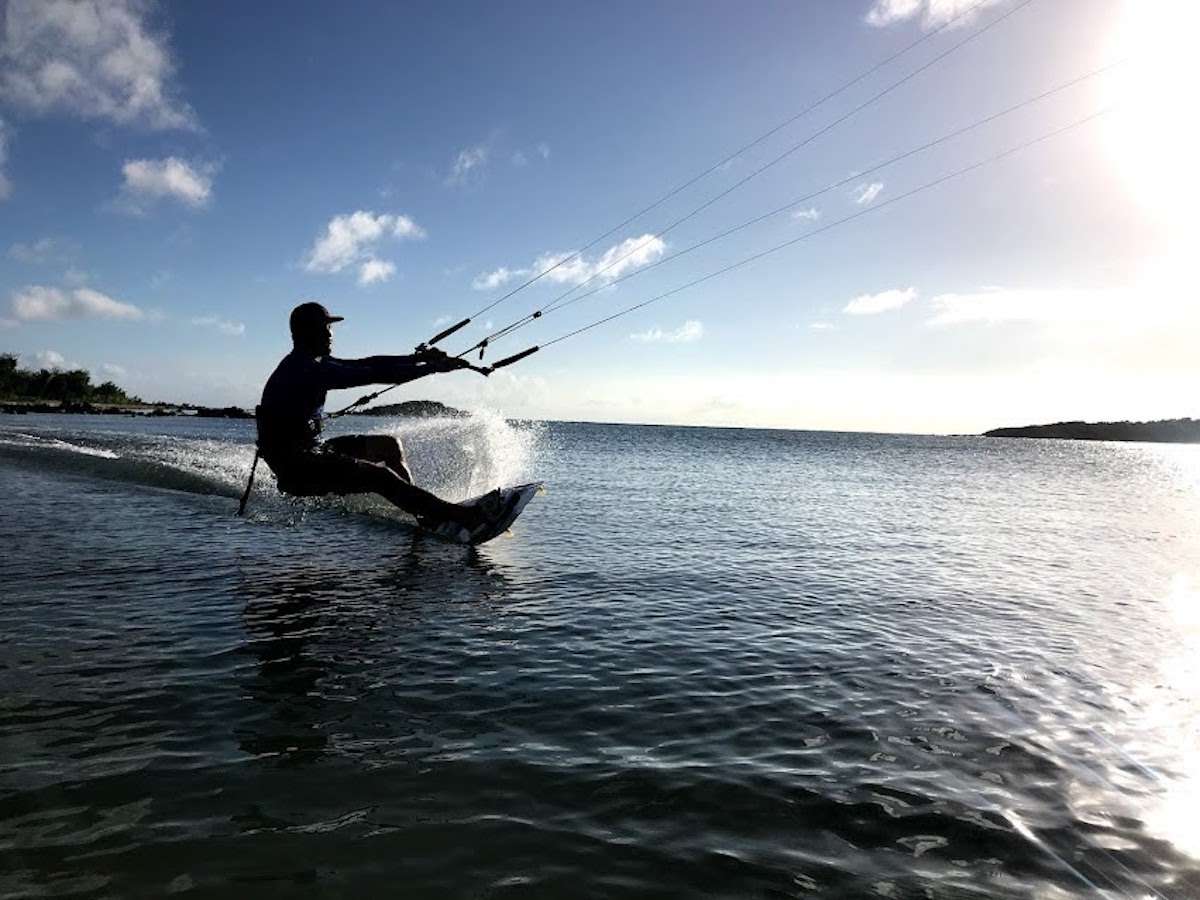 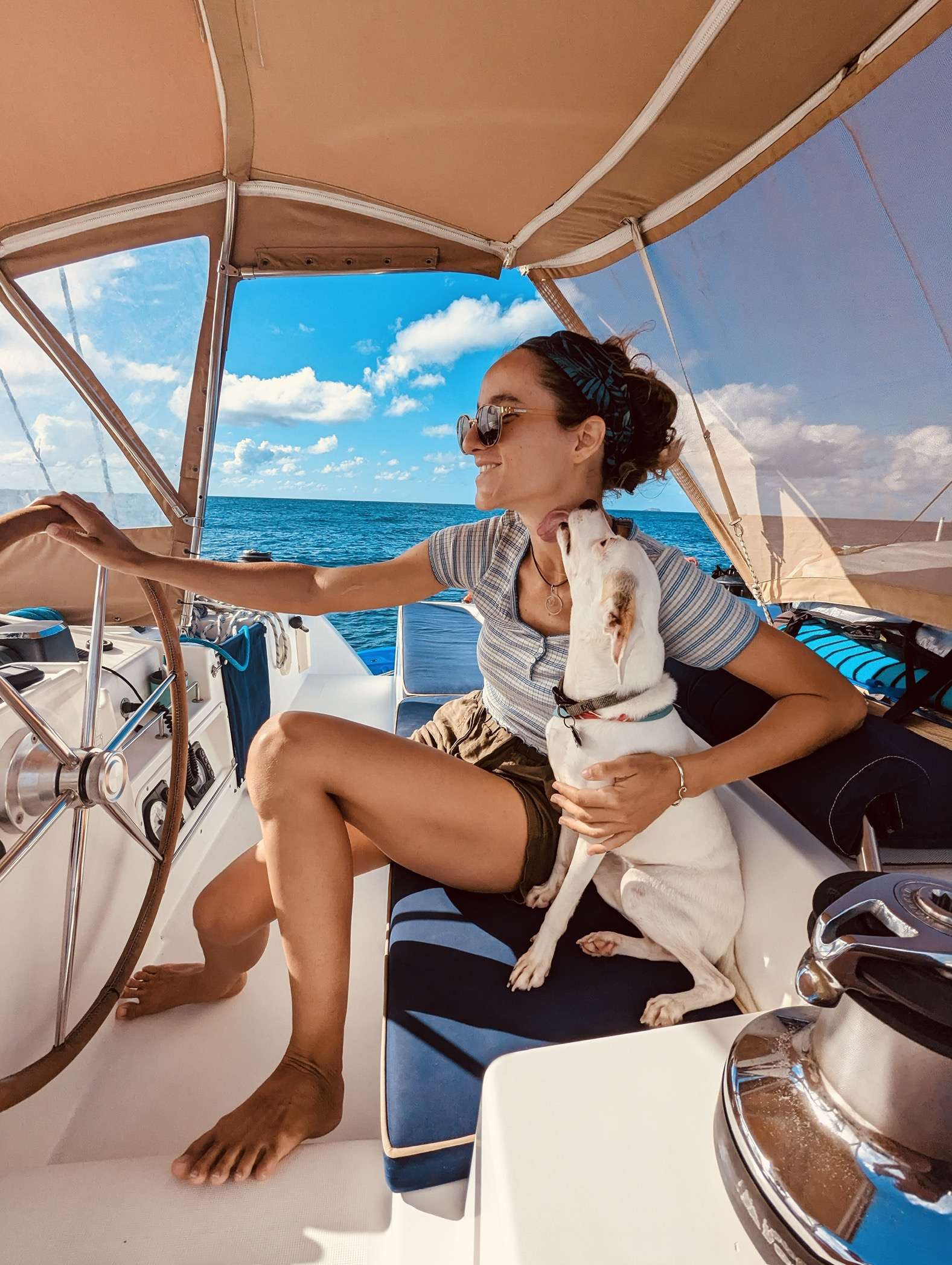 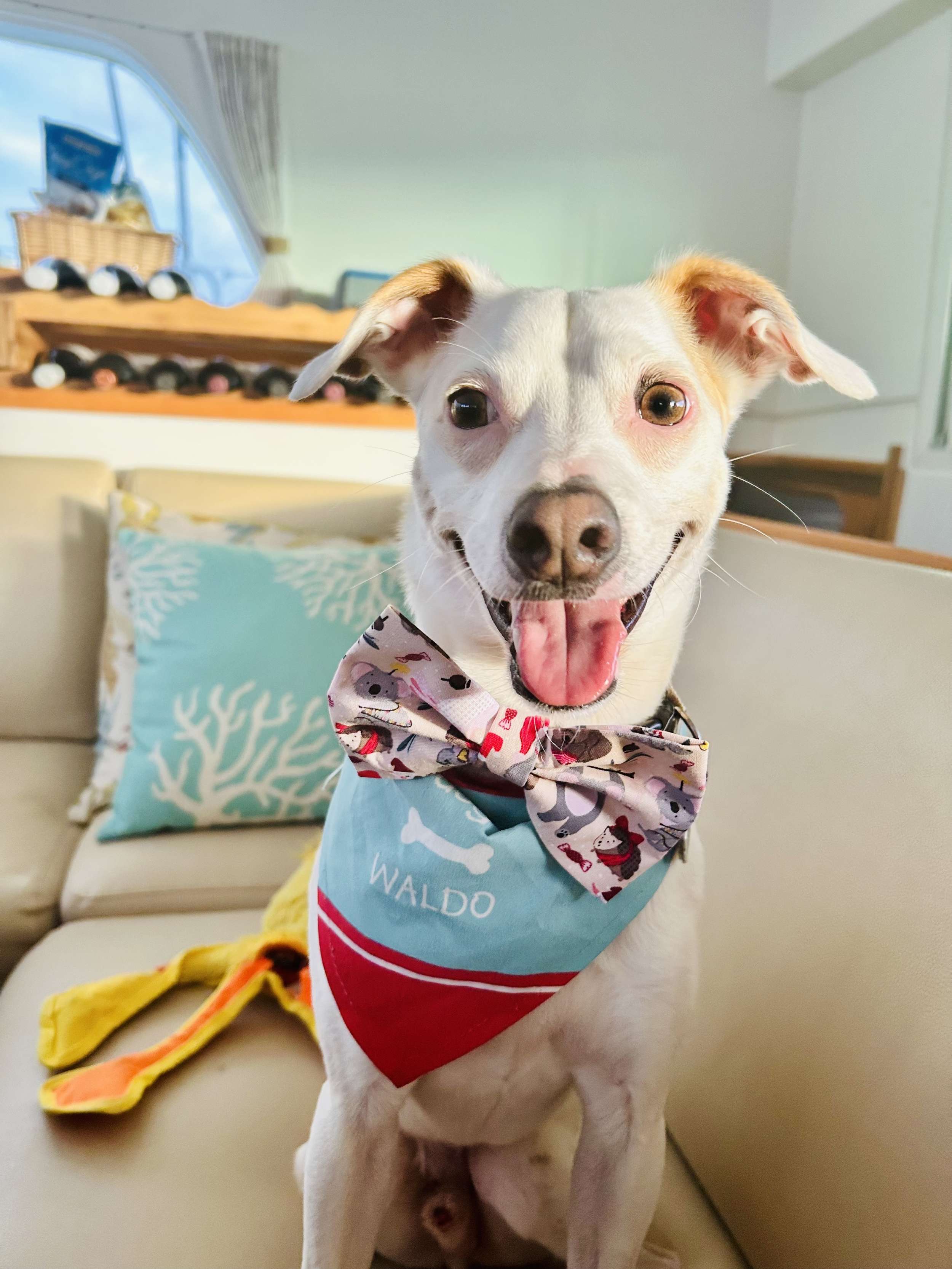 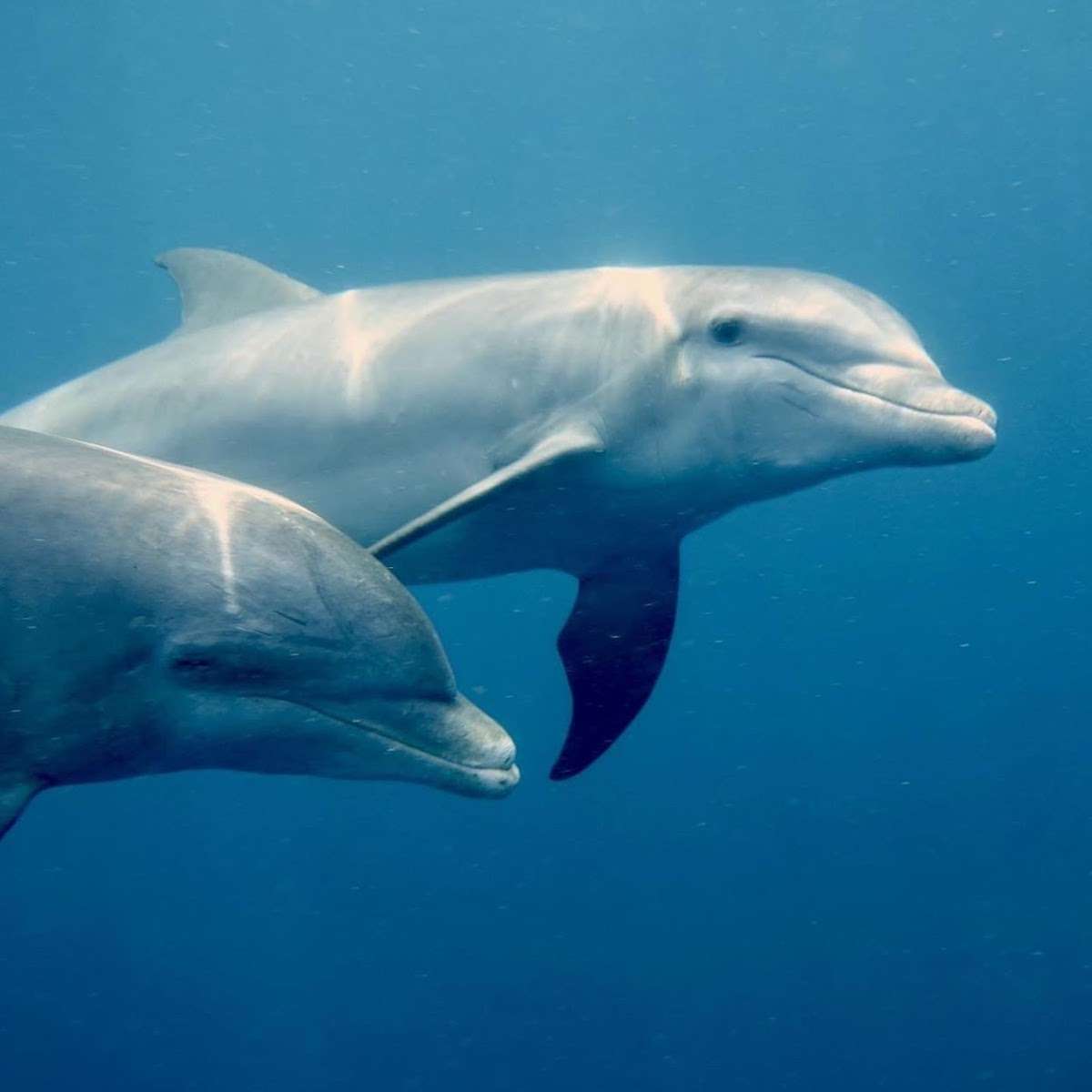 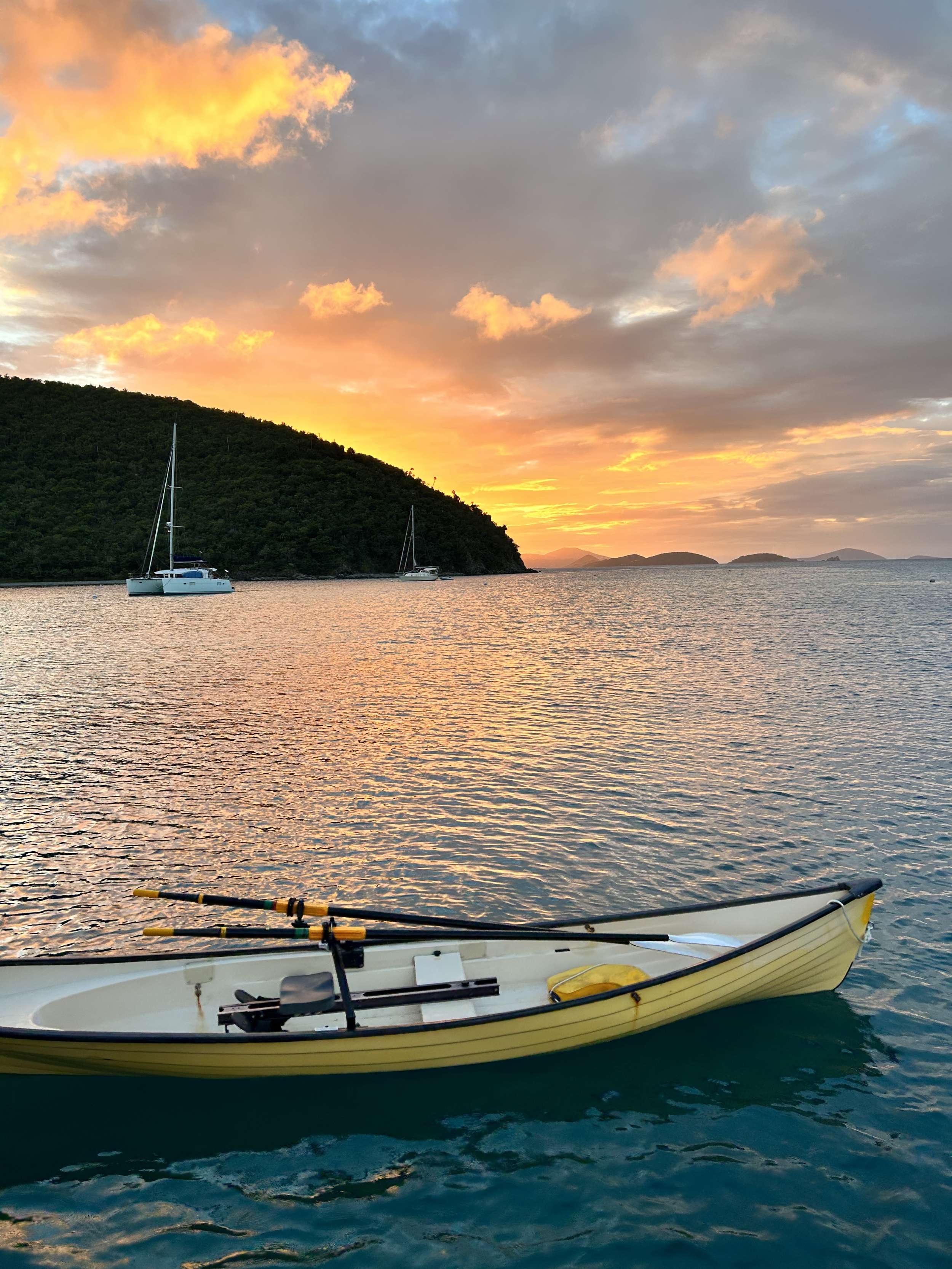 
Chris has been sailing since he was a small child growing up surrounded by the barrier islands and marshes of the Carolinas. His first jobs were teaching sailing and then crewing larger monohulls which led to several months aboard a 120’ schooner in New Zealand at 18. At the College of Charleston, he doubled in Anthropology and Geology with a minor in Archeology while first working as a Divemaster and Aquarium Diver, and then later joining the scientific and marine crews aboard oceanographic research vessels. Chris continued working aboard research and survey vessels through grad school while completing his Masters in Geology at UCSB. In this time, he made the first maps of tens of thousands of seafloor methane seeps in offshore California, the Gulf of Mexico, and Siberia. He also began taking friends on epic bareboat sailing adventures in the Channel Islands while advancing his scuba background and exploring his new obsession of kitesurfing.

Following grad school, he continued working in the marine geophysical survey and oceanography industries beginning in Antarctica. In 2013, he established his own freelance consulting business, and to date has worked in all the world's oceans and continents while maintaining an excellent offshore safety record. A passionate maritime tour guide, Chris holds a 100-ton USCG Master Captain license and loves introducing his charter guests to the wonders of the Virgin Islands. A life-long extrovert, Chris loves meeting people from all walks of life and sharing stories. He spends his free time traveling, kitesurfing/foiling, trying to break out of the beginner ranks of free diving and wing foiling, and playing in the ocean with his fiance Kaya.

Kaya grew up in her family home in Culebra Island, Puerto Rico, Kaya spent her life fishing, crewing, and living aboard powerboats traversing the British, US, and Spanish Virgin Islands. Her childhood experiences on the water inspired her to pursue a career in marine science and she has since completed first her Bachelor’s and then her Master’s degree in Marine Biology. When Kaya began her undergraduate studies she was introduced into the world of scientific diving at Florida International University where she worked in a seagrass ecology lab and gained experience with research diving throughout the Florida Keys National Marine Sanctuary, including Dry Tortugas National Park. Kaya graduated summa cum laude, with undergraduate research experience, and membership into Phi Beta Kappa honor society. Her marine biology career continued soon after in the Virgin Islands, where she worked as a research assistant and expanded her diving experience, becoming a certified technical diver with TDI advanced nitrox and decompression diving.

More recently, Kaya’s marine science career focuses on tropical coral and fish ecology. Her diving experiences have been incredibly unique with hundreds of scientific dives completing surveys for coral health, coral reef fishes, lobster, and more. Kaya is also a highly experienced boat operator and anticipates finishing her USCG 100-ton Master license in 2022. Apart from her ocean experiences, Kaya is fully bilingual and grew up in a family of passionate foodies including several professional chefs. Her food passion started with Puerto Rican cuisine, but grew after traveling the world where she learned and became passionate about authentic foods from Vietnam, Thailand, Mexico, Italy, Japan, Greece, and many other countries, cooking and learning from locals at homestays throughout her multiple backpacking journeys. Kaya can provide signature dishes from many regions of the world and cater to a broad array of pallets.
Fun fact: In her free time, Kaya loves underwater photography! Check out some of her favorites on instagram! @kayacarey


Kaya and Chris met on a marine science job in Culebra, PR in 2015 and were soon spending every free moment together. After the job, Chris followed Kaya first around Puerto Rico, and then began visiting her between jobs. Conspiring with her sisters, Chris surprised Kaya during a visit to see family in Ireland when she finally agreed to be his girlfriend. They have since crossed the US via campervan, traveled through an additional dozen countries, and lived in CA, FL, PR, and the USVI together. They have made a point of taking regional cooking classes as they have traveled the world, and take pride in being adventurous eaters. They are both passionate marine scientists with teaching experience at the university level, and love introducing their guests to the wonders of the ocean world. Their combined skills and experience offer travelers a broad array of options for indulging in all aspects of life at sea. Avid photographers, they can offer guests add-on packages of drone and underwater photos from their trips. While both at home in the USVI, they specialize in the BVI and Spanish VI where Kaya grew up cruising and they both know intimately. Chris and Kaya got engaged on a trip to Australia in 2022.